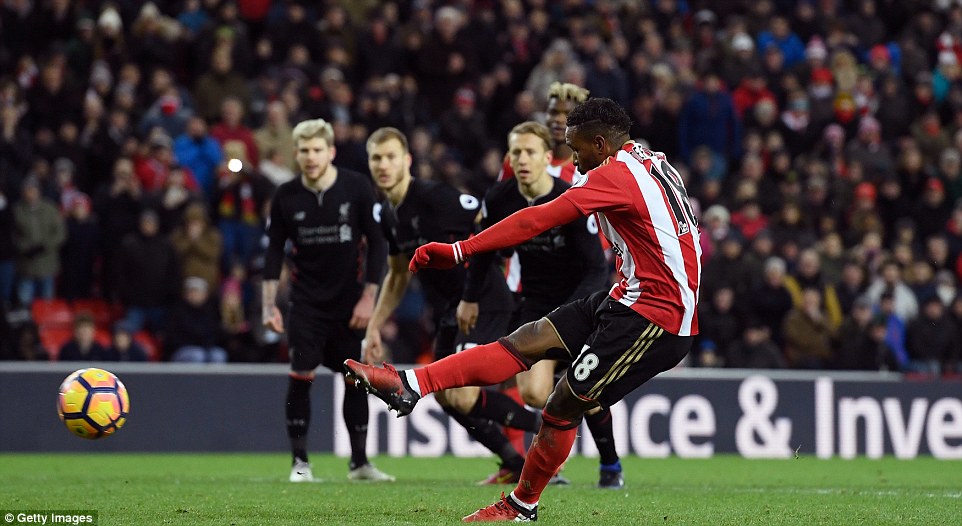 Defoe scored from the penalty spot

Liverpool were held to a frustrating 2-2 draw by Sunderland at the Stadium of Light on Monday afternoon.

Jermain Defoe scored a late penalty, his second of the game, to snatch the Black Cats a vital point at home.

Daniel Sturridge had opened the scoring for Liverpool with an opportunistic header before Defoe equalised from the penalty spot after Didier Ndong was brought down.

Sadio Mane looked to have secured all three points for the Reds with a close-range finish 20 minutes from time but Defoe ensured the two sides would share the spoils after Mane handled inside the area.

Chelsea would would now stretch their lead to eight points ahead of Liverpool should they win against Tottenham on Wednesday.

That would present Antonio Conte a bright chance to win the English Premier league going into the New Year.

Meanwhile Clichy and Aguero ensured Manchester City were 2-1 winners over Burnley after Fernandinho was sent off in the first half.