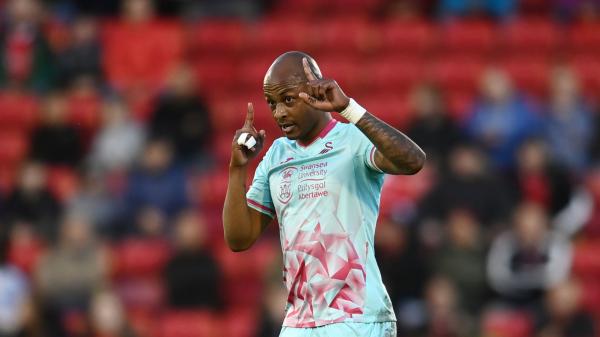 Steve Cooper hailed the spirit and effort of his Swansea City side after they battled to grind out a 1-0 lead in their play-off semi-final against Barnsley.

Andre Ayewâ€™s 17th goal of the season saw the Swans win the first leg at Oakwell, the Ghanaian driving into the area and curling home in the 38th minute.

It means the Swans will return to the Liberty Stadium on Saturday with a narrow lead advantage.

â€œI am pleased with the effort tonight,â€ he said.

â€œWe knew what the game would be, we felt it would go a certain way and away from home you have to respect that and stand up to it and match it.

â€œI thought we did that. We got a real moment of excellence with Andreâ€™s goal and we managed to continue to be strong defensively.

â€œWe did that, there were not many chances in the game and it was a night where you had to be prepared to fight for everything.

â€œIt was just a good effort from the boys, it was not a typical Swansea game but you have to respect that and you have to deal with it.

â€œAndre has then made the difference and we know he can do that, weâ€™ve seen it plenty of times.â€