The next Sports Minister must not be a politician-George Lutterodt 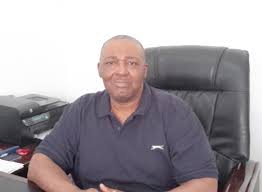 Former Chairman of the Ghana Athletics Association (GAA) George Lutterodt has advised that the next Minister of Youth and Sports should not be a politician.

Speaking to the Primenewsghana on Friday, he said, he supports the argument by some section of the public that someone who is knowledgeable in sports not necessarily a politician should be given the position in the next government.

He said, following the frequent change ministers in that sector especially with the outgoing government, there is something wrong with politicians in sports.

The shambles in sports today he said is as a result of instability in the ministry as Ministers are changed every now and then.

“With about eight ministers serving one ministry within eight years, with some staying less than a year in office, is not right,” he stated.

“The bottom line is that they are all politicians and there must be a change that would ensure stability,” he stressed.

He added that, the ministry needs stability and it could only be possible if someone outside politics is appointed to head the sector under the Nana Akufo- Addo government.

“E.T Mensah brought some stability into the sector after serving for several years and managed to develop sports to an appreciable level,” he stated.

But now he said “we need a formidable person outside politics that would work for the interest of all disciplines in Ghana.”

According to him, the country needs a comprehensive sports policy and sports must be seen as a unifying factor as Ghanaians are passionate about sports.

He also believes that the country can move beyond the various divisions in sports currently with Ghanaians losing interest in the Black Stars, the fight between the Ministry and the Ghana Football Association as well as the issues with the Ghana Olympic Committee.

“All these issues must be solved for Ghanaians to enjoy the feel good factor in sports in the country,” he stated.

Mr. Lutterodt is one of the persons tipped for the position of the Minister of Youth and Sports as President-elect Nana Akufo Addo would announce his ministers in January.