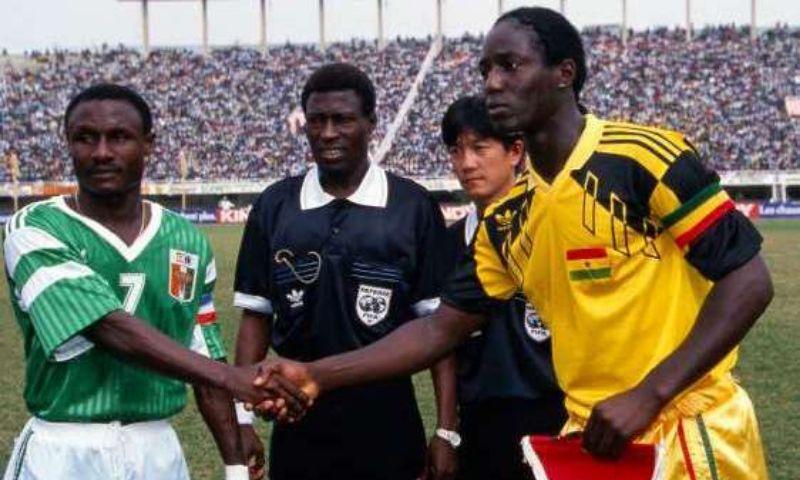 Ex-Black Stars and Metz defender, Anthony Baffoe has dismissed claims by Tony Yeboah that he refused to hand over the captain’s armband despite pleas from the latter’s management ahead of the 1992 AFCON final against Côte d’Ivoire.

Ghana suffered a painful defeat to Elephants of Cote d’ Ivoire in the finals after a penalty marathon.

Ahead of the final, captain of the side Abedi Pele missed the game due to suspension hence the coach handed over the armband to Anthony Baffoe over deputy Tony Yeboah.

According to Yeboah, the ex-defender, now Caf deputy general secretary did not deserve to be named captain of the side as that was his first tournament and there were older-serving Black Stars players like himself.

"To be honest I was very surprised [to be snubbed in favour of Baffoe], so it affected us during the game. I was the assistant captain by then, so when the captain [Abedi] was not there, I was supposed to take over,” Yeboah earlier narrated to GTV Sports Plus.

"So my manager from Germany called Tony Baffoe because I brought Tony Baffoe to come and play for the [Ghana] national team. I was advising him and in the German League, I was on top form and captaining Frankfurt.

"My manager called Tony Baffoe and told him to tell the management to give the captain back to Yeboah and Tony Baffoe said 'no'. That was before the game.

“He was not supposed to captain and it was a fact because Kwasi Appiah was the captain and they took the captain for Abedi, so there were a couple of senior players and Tony Baffoe was new in the team.

"Coach Otto Pfister told us before the game that he had a letter from Ghana that Tony Baffoe has to be the captain, and I don’t know where the letter was from, I don’t know whether it was true or not.

Reacting to Yeboah's claims, Baffoe said that the decision to be named captain at the AFCON 1992 final came as a surprise.

''To be honest, I was not expecting to be named Black Stars captain. I remember we had a team meeting and [head coach] Otto Pfister announced that Anthony Baffoe was going to captain the team. This is how it got to me,'' Baffoe, now Caf deputy general secretary, told GTV Sports Plus.

''This is something very interesting I am going to tell you now. People thought Abedi, maybe because we were roommates [influenced the decision]. He [Abedi] never ever mentioned anything about captaincy to me. I can assure you.

''To set the record straight, I saw an interview from Anthony Yeboah when he said that his manager called me to speak to [Ghana's] management that I should hand the captaincy to him. Nobody called me.

"This is not true. This is exactly what I can tell you.

''I remember Alhaji Maikano, the team manager, came to me and said there were rumours going on and I said whoever wanted to take the captaincy should come and take it. I'm not keen on the captaincy."

The 1992 final was Ghana's attempt to win a fifth Afcon title.