Jimmy Cobblah's outfit suffered a 2-0 defeat in the hands of their Senegalese counterparts in the second Group B game in the ongoing continental youth championship.

The Senegalese created the first meaningful chance of the free-flowing encounter when the exciting Ndaw beat his marker for pace and delivered a cross for Youssouph Mamadou Badji who headed past goalkeeper Nurudeen in the 11th-minute mark.

Senegal settled by their one goal cruising started to build from the back to attack with slick moves in the middle of the park to pin the Ghanaians in their own half.

Badji added salt to Ghana's injury when he increased Senegal's tally to two on the 45th-minute mark after he latched onto a through ball and dinked the onrushing Ghana custodian Abdul Nurudeen Manaf to give the Young Lions of Teranga all three point and increases his tally to two.

Ghana returned from the break looking like a team that was ready to fight back and level matters but the Black Satellites failed to get a consolation as all their efforts proved futile.

The Black Satellites continued to attack hoping to reduce the deficit but the brilliant Dialy Ndiaye was in hand to deny Lomotey whose cracking effort was parried away and Ghana move to the second position on the log.

Senegal are yet to lose a game and sit atop of Group B with six points. 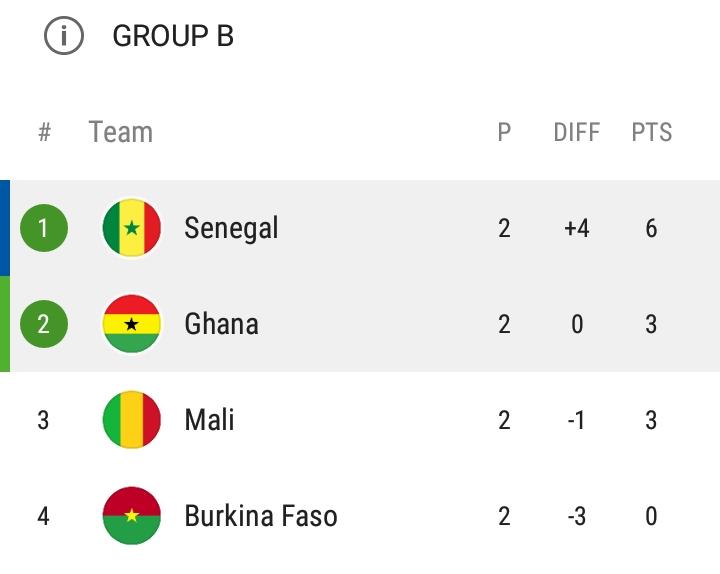 Ghana next take on Mali in the final group game to decide who joins Senegal to the semi-final and book a World Cup slot on Saturday, February 9 at the Maradi stadium.

Senegal after the win over Ghana becomes the first team from Africa to book their place at the U-20 World Cup in Poland after reaching the Total AFCON U20 semi-finals.