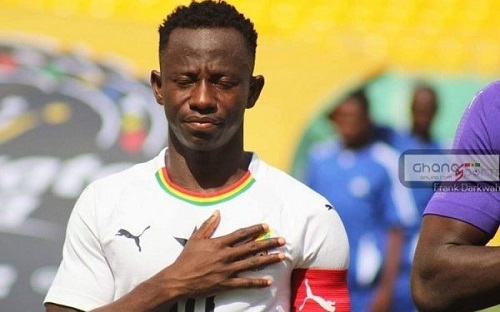 Black Meteors captain Yaw Yeboah has disclosed that his outfit is under pressure to book a slot for the next summer Olympic Games ahead of the semi-final encounter against Cote D'Ivoire.

Ghana have failed to make an entry to the Olympic Games since making its last appearance in 2004 and they will be coming up against Cote D’Ivoire in today's clash in the ongoing U-23 AFCON at 2:00 pm.

Speaking ahead of the game, Yaw Yeboah said the Black Meteors is mentally and physically prepared to beat Cote D'Ivoire at the Cairo International Stadium.

READ ALSO:  U-23 AFCON: Ghana sneaks into Semis after victory against Mali

“Yes we are under pressure to qualify to the Olympics but we are dealing with the pressure. As players, we were able to avoid making mistakes and won the match against Mali despite the pressure on us”.

“All the players we are ready because tomorrow is really an important day for all of us. Mentally and physically we are prepared and believe with hard work and determination we will qualify for the Olympics and the final on Friday.

“However, we are expecting a tough match against Cote D’Ivoire because they are one of the best teams in Africa and both countries have players who play at high levels.”

But for us, it will be an achievement to reach the finals and book our tickets to the Olympic Games. That is our biggest motivation and we are aiming to achieve it on Tuesday.”

A win will see Ghana seal qualification to the Tokyo 2020 Olympic Games while coach Ibrahim Tanko charges will have another opportunity in the 3rd place match should they lost in today's match.

A new Afrobarometer survey conducted by the Centre for Democratic Development…