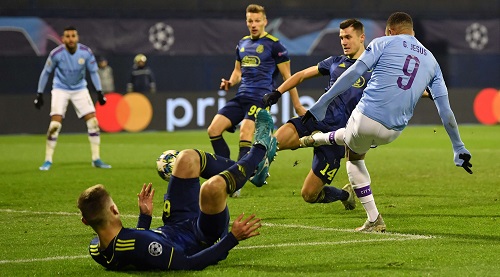 Gabriel Jesus helped himself to a hat-trick as Manchester City came from behind to win 4-1 and end Dinamo Zagreb's Champions League hopes.

Dinamo were eying a place in the knockout stages for the first time in their history and they were going through when Dani Olmo's sublime volley opened the scoring.

City headed into the match on the back of a chastening derby defeat to Manchester United and with their place in the last-16 as group winners already secured.

However, Pep Guardiola's side summoned the fight to pull level through Jesus' 34th-minute header and a quickfire brace early in the second half – taking the 22-year-old past 100 career goals – ended the argument, before Phil Foden got the goal his efforts deserved four minutes from full-time.

A sedate opening to the contest was blown apart in the 10th minute when Olmo watched Damian Kadzior's pass over his right shoulder to volley superbly beyond the flimsy efforts of Claudio Bravo in the City goal.

Bravo's opposite number Dominik Livakovic got down well to keep out Ilkay Gundogan's deflected low drive but City offered little threat until an equaliser the hosts angrily disputed.

Attempts to win the ball back from Foden and Jesus left Zagreb players nursing knocks, but City understandably played on with Petar Stojanovic prone on the turf and their Brazil striker headed home Riyad Mahrez's floated cross. 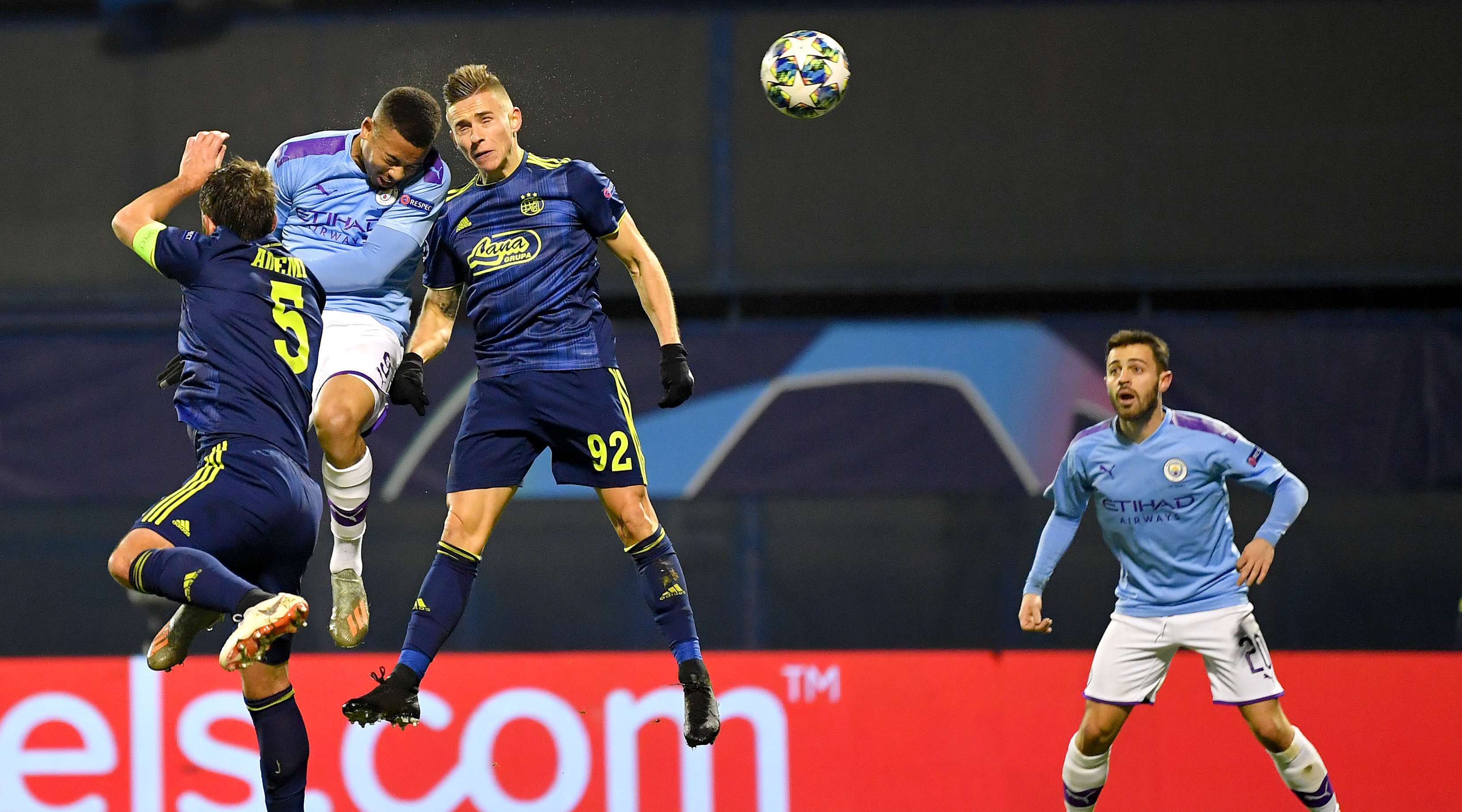 Tempers flared immediately afterwards, with Dinamo captain Arijan Ademi booked for his confrontational protests, although there was no excuse for Amer Gojak's elbow into Rodri's face in first-half stoppage time. Inexplicably, there was no red card despite VAR being available.

Nanad Bjelica's men failed to channel their indignation in a lackadaisical start to the second half, with Jesus coolly doubling his tally from Foden's deft pass.

Switching Foden on to the left of the City forward line and Bernardo Silva back into midfield was reaping dividends, mainly for Jesus, who steered home Benjamin Mendy's cross following a delightfully slick 54th-minute move.

Joao Cancelo thundered over before Jesus headed wastefully over from another Mendy cross as the fight fell out of Dinamo, with Foden slotting in Silva's cutback for the final flourish as the home team's European adventure came to an end.

Elsewhere, Atalanta stunned Shakthar Donestk 3-0 to secure qualification ahead of the Ukraine side into the last 16.