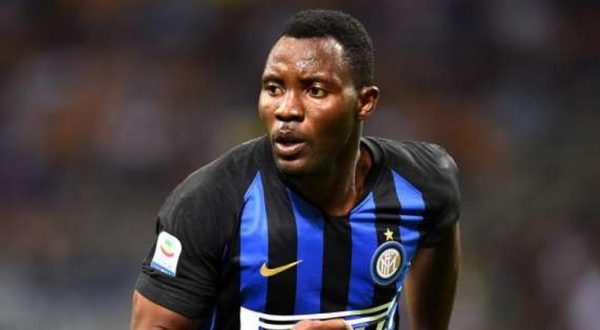 The Ghanaian is among the 3 Nerazzurri players expected to miss tonight's clash in matchday 4 of the Champions League.

Inter Milan is travelling to Germany for the return fixture against the German giants at Signal Iduna Park.

“[Stefano] Sensi is back fit. He’s had three full training sessions back with the squad, we’ll see how and when to use him best," Inter coach Antonio Conte said in his pre-match team news, as reported by his club's official website.

"[Danilo] D'Ambrosio, Asamoah and [Roberto] Gagliardini are all unavailable.”

Conte also shared light on their approach to the game.

“Anyone who expects a defensive game from us is mistaken," he said.

"We’ll show up to play the game we know, taking the game to the opposition.

"If we play on the back foot that will be down to Borussia Dortmund.

"Whether we’re home or away doesn’t affect our style of play, we know our strengths but we’re also aware of our weaknesses and we’re working to improve them."

Inter Milan handed Borussia Dortmund their first defeat in the 2019/20 Champions League when they defeated The Black and Yellows 2-0 at San Siro.

Strikes from Lautaro Martinez and Antonio Candreva saw the Italians record their first win in the competition.