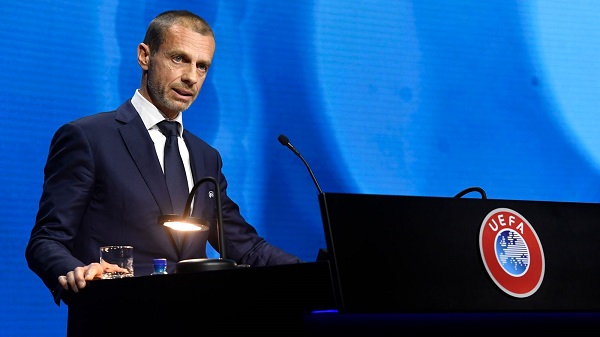 UEFA president Aleksander Ceferin has again underlined his opposition to World Cups every two years, saying the tournament's rarity is its most attractive quality.

FIFA is holding a feasibility study into shortening the gap between men's and women's World Cups from four to two years, following a request from the Saudi Arabian federation in May which was approved by 166 national associations.

Ceferin admitted in a letter to a fans' group last week to having "grave concerns" at the plans, which have been endorsed by FIFA's head of global development Arsene Wenger.

The UEFA chief said at the opening of the European Club Association (ECA) General Assembly on Monday: "We think that the jewel of the World Cup has value precisely because of its rarity.

"Holding it every two years will lead to less legitimacy and dilute the World Cup itself. We think there is a space for everything and both national teams and clubs are fully occupying that physical and commercial space."

Ceferin also highlighted his concerns over the impact on players, adding: "They don't need to see more of their summers spent on consuming tournaments rather than devoted to relaxing and recuperation.

FIFA president Gianni Infantino insisted the ECA clubs, and all of football's stakeholders, would be consulted but insisted there was overwhelming evidence for a need to alter the calendar.

"There are no taboo topics, the door of FIFA is open to any idea to any proposal," he said in a recorded address to the assembly.

"We shouldn't take this consultation process as any sort of challenge, any sort of fight, as I've been hearing here and there.

"It is simply a way to try to make football, and global football, strong, and for this we need the help and the assistance of everyone.

Infantino said that the events preceding and during the September international break highlighted the need for flexibility, citing the row over player release from European clubs to South American countries in particular,Â the "crazy" suspension of the Brazil versus Argentina World Cup qualifier due to a quarantine issueÂ and the coup in Guinea which forced that country's match against Morocco to be postponed.

"We have to try to find compromises," he said.

"This September window has not been ideal, by far not - let's try to find a good compromise for October for November.

"To be FIFA president, to be in FIFA, requires some flexibility, some adaptability and you have to face some challenges for which you were not prepared and I want to ask you, humbly, to consider this as well."