Vanderpuye accused of smuggling fans to Mozambique for Stars game 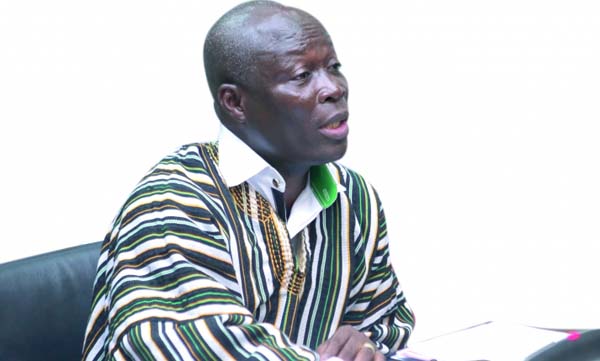 Despite the fact that the Presidential Commission of Inquiry, had recommended that supporters must not be sponsored by the state to any Black Stars game outside the country, Sports Minister Nii Lante Vanderpuye smuggled supporters to Mozambique to support the Black Stars during the second leg of the 2017 Afcon qualifier, GHANAsoccernet.com can reveal.

Supporters of the Millennium Supporters Union were carried to Mozambique to support the Black Stars during the game and investigations conducted by GHANAsoccernet.com has revealed that the 20-man contingent who went to Maputo were under the sponsorship of the Sports Minister.

A member of the Millennium Supporters Union who spoke to GHANAsoccernet.com on the basis of anonymity narrated that they were given the green light by the Sports Minister Hon. Nii Lante Vanderpuye to join the chattered flight for the trip.

â€œWe went to the Ghana FA President to see whether we could get the chance to join the team for the trip. He told us that he was not in charge so we should talk to the Sports Minister,â€ the source said.

â€œSo we went to the Minister and told him. He told us that we should wait for him to talk to the travel agent. Later we had a call that we should bring ten members. As for the ten other members we donâ€™t know where they came from,â€ the source added.

The source went on further to reveal that the flight was delayed before they left Ghana for Maputo because the supporters were late.

Some members of the team affirmed the assertion of the source by saying that the Travel and Tour agent, Travel Matters Limited, had called on the contingent to exercise a bit of patience as they wait for the supporters since Minister had ordered him to take them along.

The agent Ivan, is reported to have said: â€œPlease letâ€™s wait for them for a while. I will be reprimanded by the Minister if we leave without them. He specifically called me to take them along.â€

Further revelations were that each of the 20-man contingent who went on the trip was given $500 on the directive of the Minister to use for their upkeep for the two day stay in Maputo.

It, therefore, appears outrageously incredible with reports emerging that the Minister of Sports Hon. Nii Lante is claiming in a section of the media that he knew nothing about the supportersâ€™ movement to Maputo.