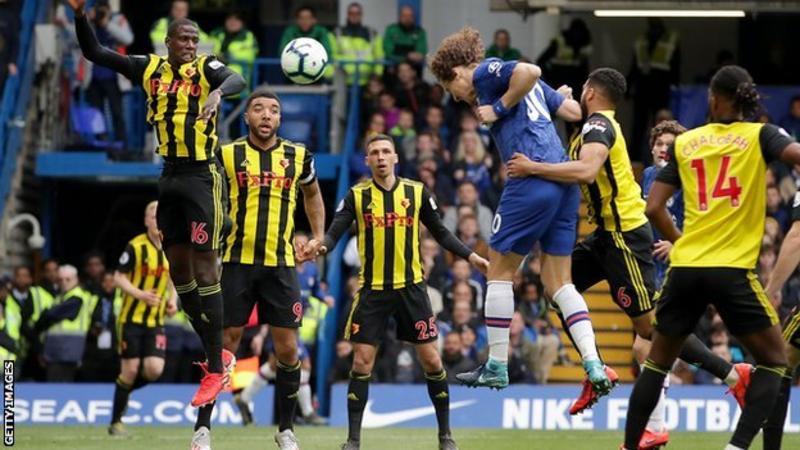 Chelsea secured their place in the Champions League next season with victory over Watford at Stamford Bridge.

The win, combined with Arsenal's draw against Brighton, means the Blues are guaranteed a top-four finish in the Premier League.

After a quiet first half, Chelsea scored twice within three minutes early in the second period through headers by Ruben Loftus-Cheek and David Luiz.

Gonzalo Higuain sealed the points with a neat finish from Pedro's pass for his fifth goal for the club.

The win moves Chelsea up to third, one point ahead of Tottenham and four points clear of the fifth-placed Gunners.

FA Cup finalists Watford started brightly, going close through Troy Deeney and Gerard Deulofeu, but were left to rue their slow start to the second half that saw Chelsea quickly take the game away from them.

The Hornets, who stay 10th, have now won just one of their past five Premier League games since their FA Cup semi-final victory over Wolves last month.