Video: Richard Commey knocks out Jackson Marinez in Round 6 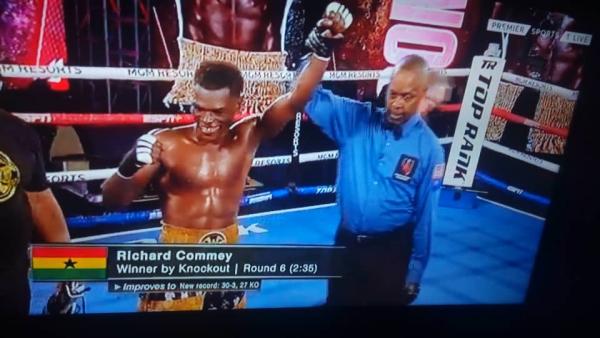 Richard Commey quest to be a two-time world champion is on course after the former IBF champions knocked out Jackson Marinez at the MGM Grand Arena, Las Vegas.

The Ghanaian boxer who last fought, in December 2019 when he lost his title to Teofimo Lopez was a wounded lion against Marinez in at the MGM Grand Arena.

He began the fight on the front foot doing all the right thing but the fourteen months out of the ring due to Covid-19 matters had a toll on him as it took a while for him to get his rhythm.

READ ALSO: Richard Commey insists he has what it takes to be a two-time world champion

The moment he had been waiting for arrived in round 6 when he caught the Dominican Republic boxer with a powerful right shot that ended the fight.

HE’S BACK!! 🇬🇭💪@RichardCommey puts Jackson Marinez into the ropes, and immediately jumps back into the Lightweight title picture. 👀#CommeyMarinez | ESPN pic.twitter.com/F99xtrVMKh

It wasn't a flawless performance but for now, it is the win that matters for the Bukom-native boxer as he bid to reclaim the IBF title.

Ahead of the bout current IBF champion Teofimo Lopez went to wish Commey good luck in his locker room and was at his corner encouraging and celebrated with him after the win. 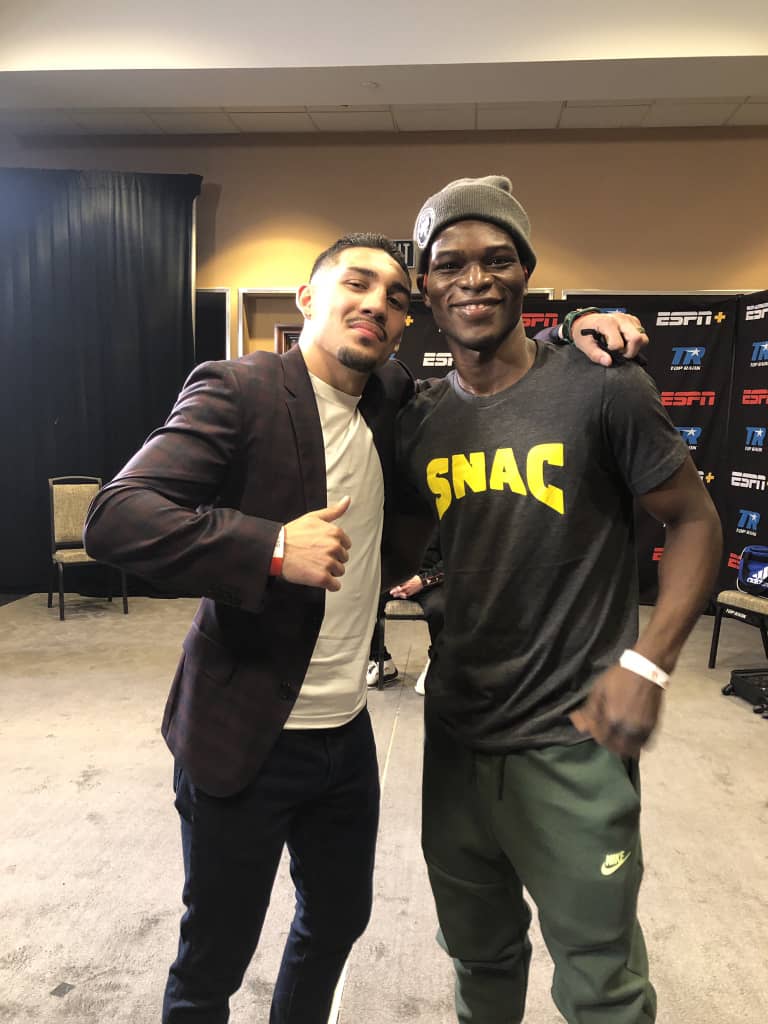 The support wasn't just in the locker room before the fight.@TeofimoLopez is looming ringside, encouraging @RichardCommey in the middle rounds of this main event.#CommeyMarinez | LIVE NOW on ESPN pic.twitter.com/VUQVXN7yVU