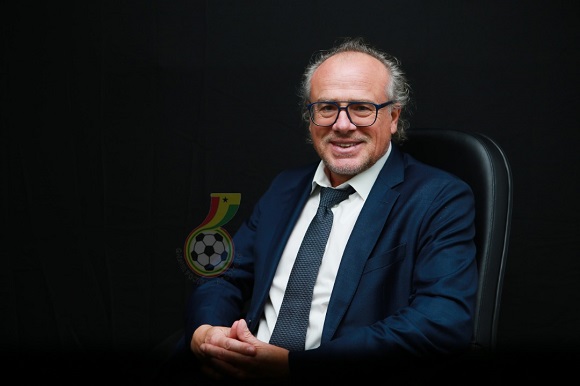 The Technical Director of the Ghana Football Association (GFA) Bernhard Lippert believes the Black Starlets were let down by a refereeing decision in Tuesday's defeat to Côte d’Ivoire which led to their exit in the ongoing WAFU U-17 Cup of Nations.

The Black Starlets suffered a painful 3-1 loss to Cote D’Ivoire at the Stade de Kugue in Togo which saw them crashed out of the tournament.

Ghana needed just a point to advance to the semi finals of the competition but the performance was met by profligacy in front of goal and some controversial referee decisions.

Reacting to the Black Starlets defeat and elimination from the tournament, Lippert expressed his unhappiness with the team’s performance highlighting the lack of typical strikers in the team as one of the reasons the team suffered.

“I’m not happy with the U-17 performance, we have  really problems to score goals, we don’t have this kind of strikers who are real strikers but in all the referee decided this match today sorry to say this.”

READ ALSO: WAFU U-17 Cup: Ghana crashes out of tournament after loss to Cote D’Ivoire

He further added that there will be a need for a discussion with his employees to have a plan for the future.

“This was really obvious and there are a lot of things to do, this team today didn’t present themself as a team but still we’ve four or five prospects in the team,

“We have to discuss the performance of the team at the Executive Committee level and all the decisive people, not me alone.”