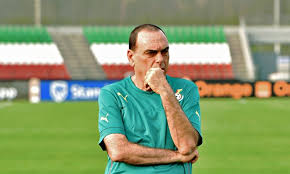 A 26-man squad named by Head Coach of the Ghana Black Stars, Avram Grant are currently in Al Ain training for the African Cup of Nations(AFCON) which begins in Gabon on January 14.

However, three players would be axed from the team and the remaining 23 players would do battle for Ghana in an attempt to win this year’s AFCON.

If speculations about Adam Kwarasey’s injury are true, then he would be replaced with Fatau Dauda who was left out in the squad. The goalkeeping department would include Braimah, Dauda and Richard Ofori.

What Edwin Gyimah who plays for Orlando Pirates is doing in the squad still remains a mystery to many people as he remains a regular call-up but has never started in any competitive game for the Black Stars.

He looks like a very good candidate to be axed from the team as it is obvious his bench warming would continue should he go to Gabon.

Other casualties could be, Andy Yiadom who plays for Barnsley in the English Championship, Ebenezer Ofori (AIK Stockholm, Sweden), Joseph Attamah who plays in Turkey, Bernard Terkpetey (Schalke 04, Germany) and Raphael Dwamena(Austria).

Three players among the six listed above could be dropped from the squad currently in Dubai as coach Grant is expected to name a formidable squad for the competition.