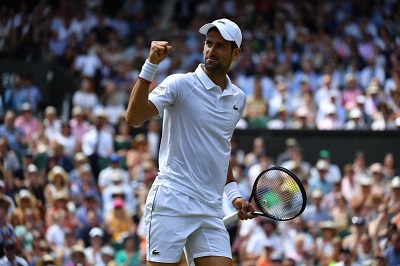 Djokovic had lost his previous two matches against Bautista Agut but made a fast start, breaking serve twice and hitting 12 winners en route to taking the opening set 6-2.

But Djokovic's game dipped in the second set as the errors began to build up and that allowed Bautista Agut to take advantage and level the match up at a set apiece.

However the world No 1 rediscovered his form, using the drop shot effectively to bring Bautista Agut to the net and held serve after an extraordinary 45-shot rally on the way to taking the set 6-3.
And in the fourth set, Djokovic kept up the momentum to demoralise his Spanish opponent and book his place in Sunday's final in convincing fashion.
READ ALSO: