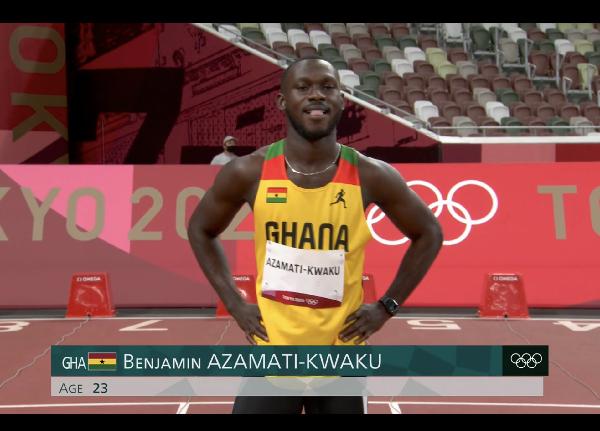 Ghanaian duo, Benjamin Azamati and Joseph Paul Amoah, failed to make the list of athletes to qualify for the semifinal of the 100m at the World Athletics Championships in Oregon.

Azamati finished fourth in Heat 6, where he run alongside Olympic champion, Andre de Grasse as well as Christian Coleman. 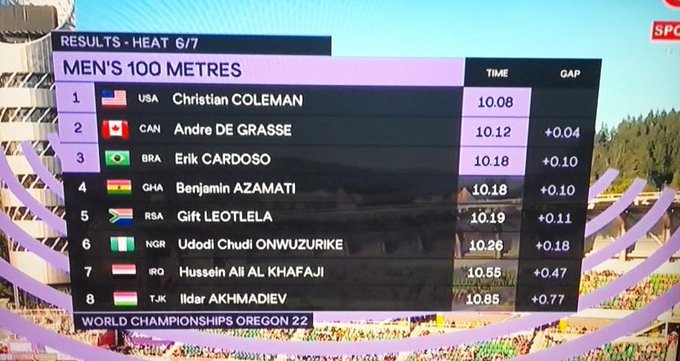 He finished the heat with 10.18s but still failed to book a place in the semifinal.

Coleman and De Grasse finished as the top two from heat 6.

READ ALSO: World Athletics Championships: Some US visa issues will not be resolved, says Lord Coe

Joseph Amoah was also unable to secure a semifinal place at the 2022 championships after running 10.22s.

He finished sixth in his heat 7, running alongside Ferdinand Omanyala, who earned the third spot. 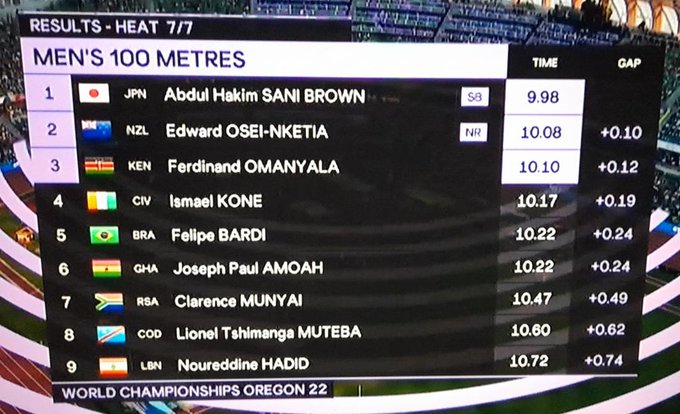 Having won gold in Paris, Azamati was looking to at least secure a place in the semifinal but a slow start to his heat in the early hours of Saturday saw him narrowly miss out on the target.