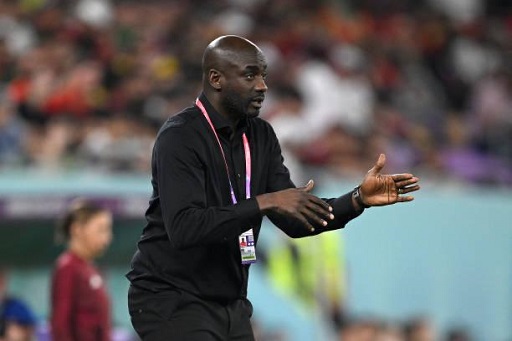 Otto Addo has stepped down from his role as head coach of the Blackstars.

This decision was made following Ghana’s 2-0 defeat against Uruguay and the team’s exit from the World Cup 2022.

According to Skysports, Otto Addo told reporters after the game that he is honoring his word to leave the Black Stars after the tournament as he sees his future in Germany.

BREAKING: Otto Addo has stepped down as Ghana manager following their elimination from the World Cup 🇬🇭 pic.twitter.com/iBgWpzvqAN

Otto Addo ahead of the World Cup hinted that he could leave the Black Stars job after the tournament to concentrate on his role at Borussia Dortmund.

"I think, as a national coach, you should also live in the country you work for in the long term. But I see myself personally in Germany in the next few years," Addo told Ruhr14.

Addo steered the Black Stars to World Cup qualification after taking over in March this year following the sacking of Milovan Rajevac and there have been hopes that he will continue in the role beyond the global tournament in Qatar but he looks keen to focus on his role as a coach at Bundesliga giants Dortmund instead.