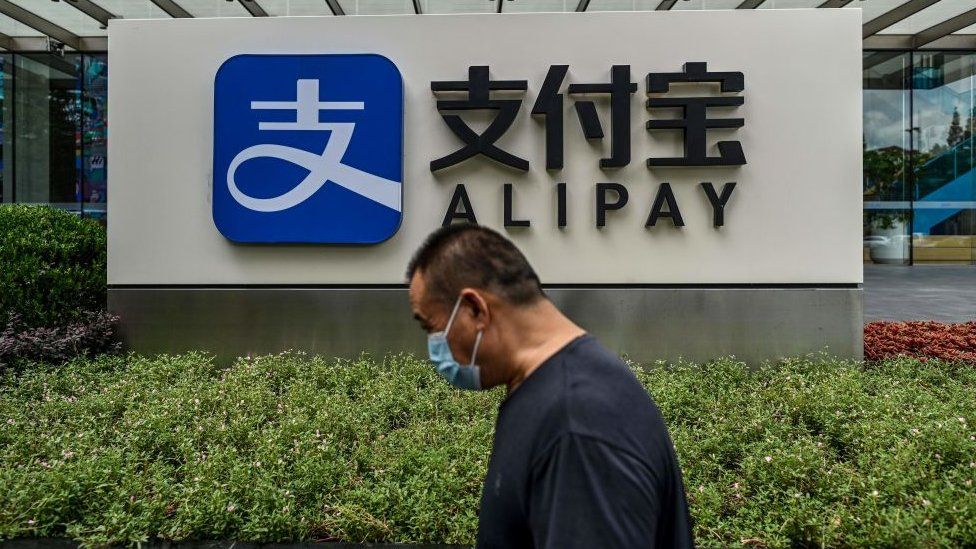 Shares in Chinese technology giant Alibaba have fallen sharply after a report that its financial affiliate Ant Group is again under scrutiny.

Regulators want to break up Alipay, which is China's biggest payments app with more than a billion users, according to the Financial Times.

A separate platform for the app's profitable lending operation would be created under the plan.

It would be the latest move by Beijing to tighten its grip on big businesses.

Ant could also be forced to hand over the user data that underpins its loans decisions to a new credit scoring firm, which would be partly state-owned, the report said.

Alibaba shares were down by more than 5% in Hong Kong trade on Monday.

Ant Group did not immediately respond to a request for information from the BBC.

This would not be the first time that Ant Group has been targeted by the Chinese government.

The business empire of Jack Ma, the co-founder of both Ant Group and Alibaba, has been hit by a series of high-profile regulatory measures.

In April, Alibaba was hit with a record $2.8bn fine over monopoly concerns.

At the same time, Chinese regulators called on Ant to conduct a sweeping business overhaul, including restructuring itself into a financial holding firm.

It was also told to fold its two micro-loan services, Jiebei and Huabei, into the new finance firm.

Ant will not be the only Chinese online lender to be affected by the new rules, the FT report said.

In recent months, Chinese regulators have been targeting other internet giants in a wide-ranging crackdown which has included competition and privacy issues, as well as user data and cryptocurrencies.