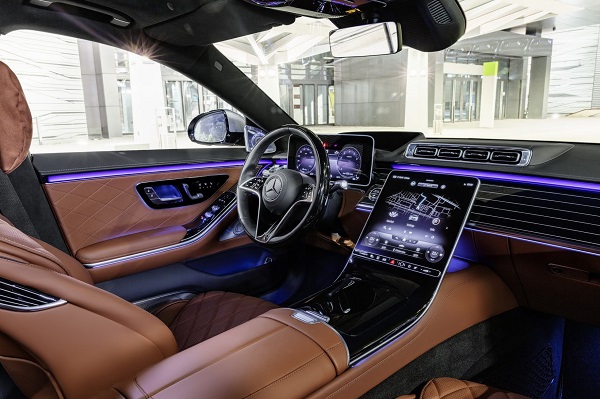 Shortly after the new-generation Mercedes-Benz S-Class hit the market, BMW has taken to social media to show off the 7-Series while also acknowledging its newly updated rival.

Writing in the video, BMW says, â€œHey, nice job @MercedesBenz. We are big fans of the S tooâ€¦â€

As impressive as the current BMW 7-Series is, the fact is that it has been on the market since mid-2015 and is starting to feel a little dated, even though it was recently facelifted. With the all-new S-Class now being launched, we wouldnâ€™t be shocked if the Mercedes starts to heavily eat into sales of the 7-Series.

The difference between the current 7-Series and the new S-Class are particularly obvious when you take a look at their respective interiors.

Whereas the current BMW 7-Series has a lot of physical switches and buttons, the new S-Class has ditched virtually all of the traditional buttons you would expect to see across the dashboard. For example, the luxury sedan is now rocking a massive portrait-oriented infotainment system that houses the controls for the climate control. In addition, the Mercedes is sporting a fully digital instrument cluster and comes loaded with a host of beautiful aluminum parts and an advanced ambient lighting system.