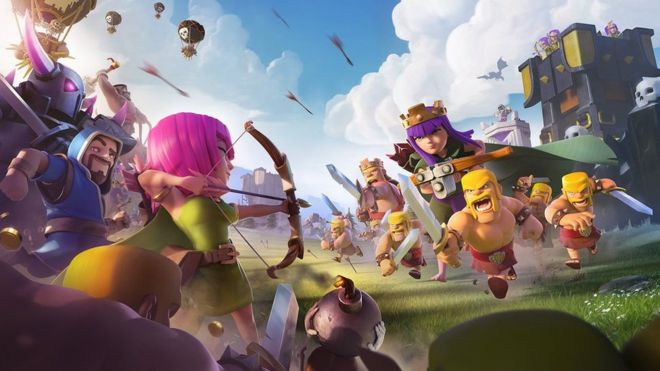 Iran has put limits on who can play the popular Clash of Clans mobile game.

A government committee called for restrictions citing a report from psychologists, who said it encouraged violence and tribal conflict.

The app could also negatively affect family life if teenagers got addicted to the game, warned the committee that polices cyberspace.

Statistics gathered earlier this year suggested that about 64% of mobile gamers in Iran played the game.

The decision to limit access to Clash of Clans across Iran was taken on 27 December.

Fan sites in Iran reported that many players began having problems accessing the title - which requires an online connection - afterwards. Some Iran-based players said local reports had suggested that an age limit would be imposed, but for now all gamers were affected.

They did, however, suggest there were ways to get round the restrictions.

In a statement, Iran's deputy attorney general Dr Abdolsamad Khoramabadi said the "vast majority" of the committee backed the call to limit who could play the app.

Iran has a history of taking action against popular video games. In August, it cut off the Pokemon Go game because of fears about the game's location-based system.

Created by Finnish firm Supercell, Clash of Clans has become a massive hit all over the world. It involves players creating villages and then using troops to protect them or to attack other players' settlements.

Earlier this year, Supercell announced that 100 million people were playing its games every day.