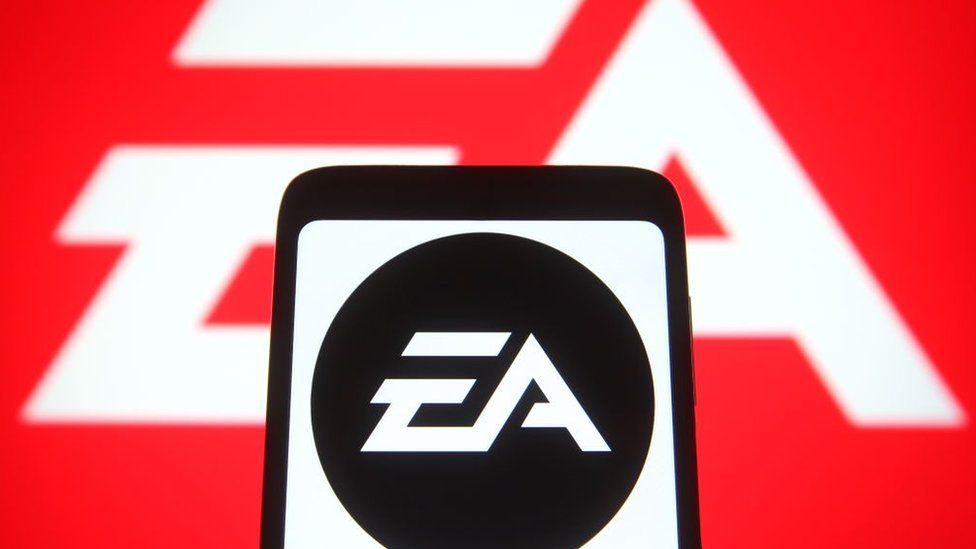 The attackers claimed to have downloaded source code for games such as FIFA 21 and for the proprietary Frostbite game engine used as the base for many other high-profile games.

News of the hack was first reported by news site Vice, which said some 780GB of data was stolen.

EA said no player data had been stolen in the breach.

The firm is one of the largest games companies in the world. It counts major series such as Battlefield, Star Wars: Jedi Fallen Order, The Sims, and Titanfall among the titles it develops or publishes - as well as a vast array of annual sports games.

'No risk to players'
"We are investigating a recent incident of intrusion into our network where a limited amount of game source code and related tools were stolen," an EA spokesperson said in a statement.

"No player data was accessed, and we have no reason to believe there is any risk to player privacy," she added.

The company said it had already improved security and stated that it did not expect "an impact on our games or our business".

Law enforcement has also been contacted.

The "network intrusion" was not a ransomware attack and had happened recently, EA added.

In its report, Vice said it had seen screenshots of the hacking forums used by the attackers, who are advertising the stolen data for sale.

Source code is a version of computer software which is usually much easier to read and understand than the end version in a finished product, and could be used to reverse engineer parts of the product.

For example, the Frostbite engine, which hackers claim to have the source code for, is a powerful game creation tool used in dozens of games, from FIFA to the Battlefield series and several recent Star Wars games from EA.

The source code for the engine could hold significant value for an unscrupulous developer willing to copy it, or for those making cheat codes and hacks for games.

But it is unlikely that any mainstream competitor to EA would ever use such stolen data.

It is the latest in a string of high-profile gaming company hacks.

In November last year, Capcom, the maker of Street Fighter and Resident Evil, suffered a ransomware attack which may have revealed the personal information of up to 350,000 people.

And in February, Cyberpunk developer CD Projekt Red suffered another ransomware attack which resulted in the source code for several games being stolen and auctioned off online.

In that case, the hackers claimed to have sold the data for more than $7m (Â£4.9m), though it is not clear if the sale actually happened.