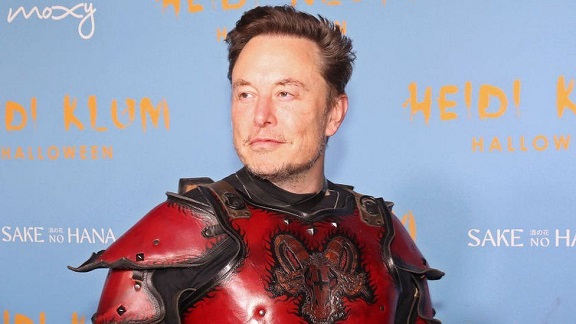 Elon Musk has dissolved Twitter's board of directors - cementing his control over the social media platform.

The multi-billionaire will be its chief executive after buying the company last week, ending months of back and forth over the $44bn (£38.3bn) deal.

He has moved quickly to put his mark on the firm, which is used by politicians and journalists around the world.

The reforms he is contemplating include changes for how Twitter verifies accounts, as well as job cuts.

The Washington Post has reported that a first round of cuts is under discussion that could affect 25% of the company's staff.

READ ALSO: Twitter to charge $20 per month for verification badge

Top executives have already been removed, as Mr Musk brings in high profile allies to the company.

However, he has indicated that his position at the social media company may be temporary.

Twitter co-founder Jack Dorsey has rolled his entire stake of 18m shares, worth almost $978m at the buyout price of $54.20, into the new private company, according to a filing with the US Securities and Exchange Commission on Monday.

Mr Dorsey, who left Twitter's board in May, supported Mr Musk's purchase of the firm.

"Elon is the singular solution I trust. I trust his mission to extend the light of consciousness," he said in a tweet after the takeover was approved by the company's former management team.

Meanwhile, technology investor Jason Calacanis who changed his Twitter bio to "chief meme officer", said he was "hanging out at Twitter a bit ... during the transition".

He took to the social media site to solicit opinions on a range of topics from advertising to video.

Mr Calacanis also asked how much people would pay to be verified, amid reports that Twitter could charge people $20 per month to keep the blue ticks that indicate verified accounts.

Later on Tuesday, responding to a Twitter user calling for the platform to purge accounts that had been inactive for more than a year, Mr Musk said "definitely".

Mr Musk, who also leads electric car maker Tesla, changed his profile details on the social media site to "Chief Twit" after the takeover. It has since been updated to "Twitter Complaint Hotline Operator".

He is now the sole director of Twitter, another filing on Monday showed.

The nine ousted directors include former chairman of the board Bret Taylor and former chief executive Parag Agrawal.

Baroness Martha Lane Fox, currently president of the British Chambers of Commerce, who is among the board members to be removed under the merger agreement, declined to comment when approached by the BBC.

Mr Musk's takeover has drawn widespread scrutiny, as he signals plans to overhaul how Twitter has moderated the spread of information on its platform, including from sources such as state media, politicians and celebrities.

Mr Musk said the company would create a new council to govern those decisions and that no changes would occur yet.

On Monday, Senator Chris Murphy, a Democrat, said that he had asked the government to review the national security implications of the deal, given the large stake in the company held by firms tied to Saudi Arabia, which has an increasingly tense relationship with the US.

"We should be concerned that the Saudis, who have a clear interest in repressing political speech and impacting US politics, are now the second-largest owner of a major social media platform," Mr Murphy wrote on Twitter.

"There is a clear national-security issue at stake and CFIUS [the Committee on Foreign Investment in the United States] should do a review."

Mr Musk financed his takeover with his own money, a group of other investors and roughly $13bn in debt financing.

Analysts say that the increase in debt is likely to constrain the firm, which has struggled to expand its user base and not turned a profit in years.

Together, Prince Alwaleed bin Talal bin Abdulaziz Al Saud and the Kingdom Holding Company are the second largest investor in the newly private company, according to a filing with the US government.

Prince Alwaleed, who was a major Twitter investor prior to the Musk deal, has tweeted the stake aligns with Kingdom Holding Company's "long-term investment strategy".