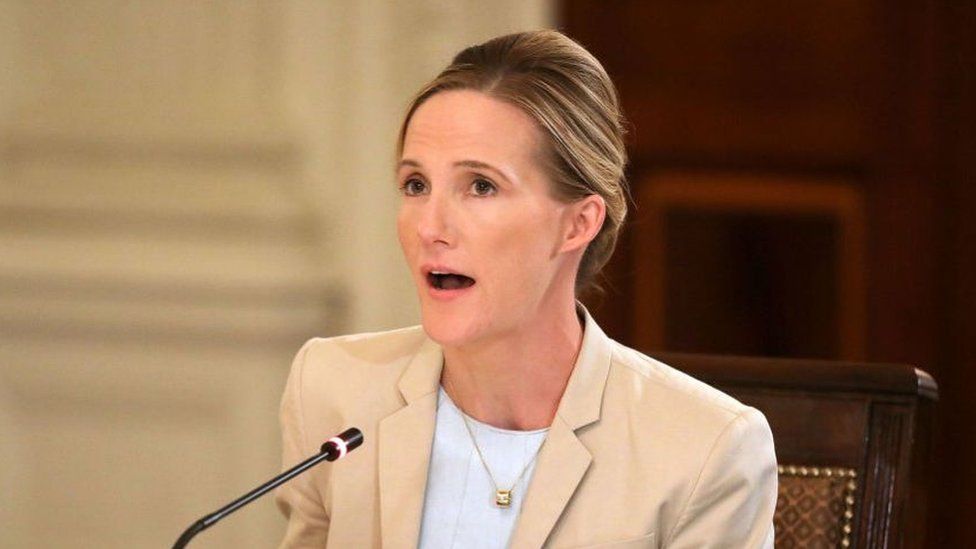 Its global head of safety, Antigone Davis, testified to the US Senate, about child protection.

It comes after a leak exposed how Instagram's own research had found the platform could harm childrenâ€™s well-being.

The committee opened by reiterating Facebook's own research - first reported on by the Wall Street Journal (WSJ) - which found Instagram could have a negative impact on body image and self-esteem.

Teenagers "blame Instagram for increases in the rate of anxiety and depression", it said.

But Ms Davis then told the committee: "We conduct this research, to make our platform better, to minimise the bad and maximise the good and to proactively identify where we can improve.

"We want our platforms to be a place for meaningful interactions with friends and family and we cannot achieve that goal if people do not feel safe."

'Indefensibly delinquent'
But Richard Blumenthal, who chairs the Senate commerce, science, and transportation subcommittee on consumer protection, product safety, and data security, highlighted how Facebook had, in August, denied it was aware of any research that showed a negative correlation.

"We know it chooses the growth of its products over the well-being of our children," he said.

"And we now know that it is indefensibly delinquent in acting to protect them.

"It is failing to hold itself accountable and the question that haunts me is how can we or parents or anyone trust Facebook."

In the hearing, Ms Davis repeatedly failed to answer the committee's questions and said she would have to check with the relevant Facebook teams

â€œIt is simply not accurate that this research demonstrates Instagram is 'toxic' for teen girls," head of research Pratiti Raychoudhury blogged.

"The research actually demonstrated that many teens we heard from feel that using Instagram helps them when they are struggling with the kinds of hard moments and issues teenagers have always faced."

But Facebook, releasing slides to illustrate its research, admitted: "One exception was body image".

One in three teenage girls who had already experienced body-image issues told Facebook using Instagram made them feel worse.

Separate hearing
It comes just days after the company paused its scheduled rollout of Instagram Kids, which had been due to launch this year for users aged under 13.

"As every parent knows when it comes to kids and tweens, they're already online," Ms Davis told the committee.

"We believe it is better for parents to have the option to give tweens access to a version of Instagram that's designed for them where parents can supervise and manage their experience - rather than to have them lie about their age to access the platform that wasn't built for them."

Ms Davis said Instagram was also testing a feature called Take a Break which "would encourage somebody to take a break" from their screen.

This would display "when we think [users] may be rabbit hole and down certain kinds of content or are on the app too long."

The whistleblower who leaked the documents to the Wall Street Journal will testify in a separate hearing next week and the committee said it would be seeking interviews from other social media companies in regards to children's mental health harms.