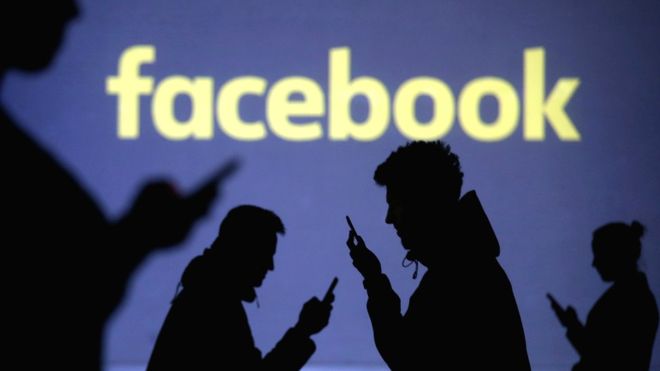 Facebook has apologised after it approved an ad campaign targeted at people interested in a conspiracy theory favoured by white nationalists.


News site The Intercept was able to launch a promotion aimed at 168,000 users interested in "white genocide."

Prosecutors believe the conspiracy theory, which claims "outside forces" want to exterminate the white race, may have motivated the man who attacked a Pittsburgh synagogue last week.

In a tweet, Damian Collins, the chair of the Digital, Culture, Media and Sport Committee, called Facebook's approval of the ad campaign "appalling and irresponsible".

He added that the Intercept's investigative reporting showed "how easy" it was for extremist groups to promote their messages of hate on the social network.

"Once again, the site has only taken action when someone else has brought it to their attention," Mr Collins told the BBC.

"The Facebook ad check service is currently operating far below the standards we should expect from a company of that size and wealth."

The Intercept's findings come more than a year after Facebook pledged to prevent advertisers on its platform from targeting anti-Semitic users, in the aftermath of a similar revelation by US media outlet ProPublica.

That report found that ads could be bought to specifically target users who described themselves as â€œJew hatersâ€, as well as other hateful terms.

In response, Facebook said it would add more human reviewers to its advertising system, and said it was "building new guardrails" to prevent such occurrences in the future.

But just a few days after 11 Jewish worshippers were killed at a Pittsburgh synagogue, The Intercept says it was able to start an ad campaign entitled "White Supremacy - Test" targeted at users who "expressed an interest or like pages related to 'White genocide conspiracy theory'".

The news site claims its request to start the campaign was manually approved by a member of Facebook's advertising department.

It is unclear how Facebook categorises users, but the 168,000 targeted by The Intercept were not necessarily believers in the conspiracy theory.

After The Intercept contacted Facebook for comment, the social media giant deleted the targeting category and apologised.

But Facebook stressed that this incident was not similar to the one unveiled by ProPublica, as the "white genocide" targeting category was created by an algorithm, not by users.

The social media giant is not the only tech firm to have apologised for offensive content on its platform.

On Friday, Twitter said it was sorry after the term "Kill all Jews" briefly featured on the site's "trending" section for users in New York.

The phrase was being discussed as it had been scrawled on the walls on a Brooklyn synagogue that was set to host a political talk with Jewish TV star Ilana Glazer.