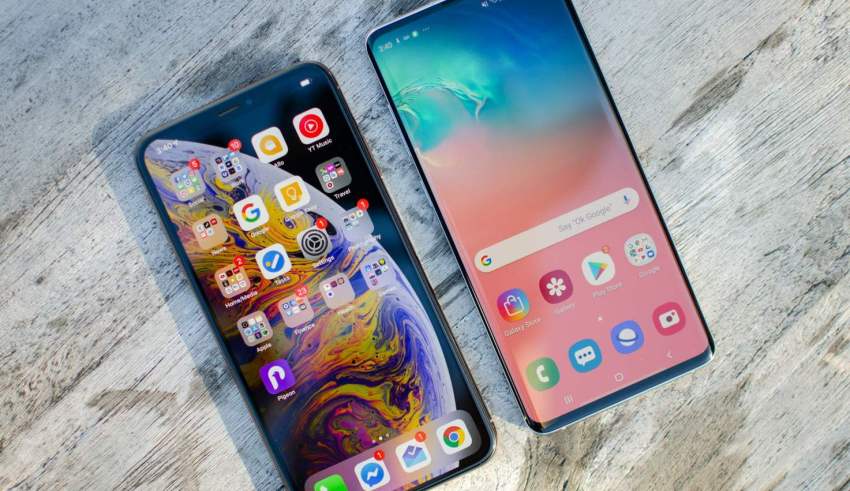 In a real-world battery test conducted by the popular YouTube channel PhoneBuffbetween Galaxy S10 Plus and iPhone XS Max, the Galaxy S10 Plus thoroughly defeated Apple’s latest and greatest flagship.

The test was started with the ‘phone test’ where a one-hour phone call was made by the two devices. The iPhone XS Max did surprisingly well, considering it has a considerably smaller battery. The iPhone XS’s battery dropped down to 97% while the Galaxy S10 Plus’s battery dropped down to 94%. Similarly, the next test was ‘message test’ which was conducted to simulate real-world use, and after one hour of conducting the message test, the Galaxy S10 Plus did better as it dropped by 8% while the iPhone XS Max dropped by 11%, therefore, canceling out to the initial lead created by iPhone XS Max as both phones stood at 86%.

The same template was then followed for the Email test, Browser test, and Instagram test, where the Galaxy S10 Plus maintained its lead.

The ‘Standby test’ was where things got interesting, the test took 16 hours and both phones were left for sixteen hours. The iPhone XS Max made a surprising comeback where it lost only 8% of its battery while the Galaxy S10 Plus lost 16% of its battery. Similar to the previous test, the same template was followed for the YouTube test, Gaming test, and Map/navigation test.

Despite having better-optimized apps and games the iPhone XS Max did not do well in the Gaming and Map navigation test. As soon as Spotify test began, the iPhone XS Max’s battery died while the Galaxy S10 Plus’s battery took another one hour to completely drain off.