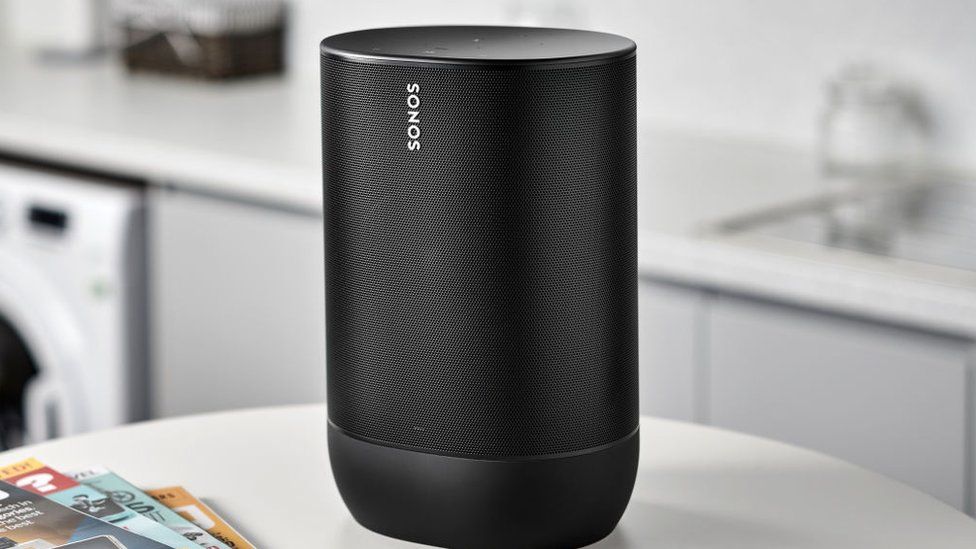 Smart-speaker firm Sonos has won a major legal battle against Google over patents it said the firm had infringed.

The decision means that Google's smart speakers and other smart home tech that uses the offending systems cannot be imported to the United States.

Sonos contends that Google will have to "degrade" its speakers if it refuses to pay Sonos a licensing fee.

But the tech giant says it has already devised workarounds to prevent any interruptions.

Google says it disagrees with the ruling, by the US International Trade Commission, and will "continue to defend ourselves against Sonos' frivolous claims about our partnership and intellectual property".

The commission found that Google had infringed all five patents Sonos complained about, upholding an initial decision made in August 2021.

The patents relate to multi-room speakers, and how they synchronise to play music at the same volume across multiple rooms or "zones" in a home.

Multi-room audio was Sonos' standout feature when it first launched, winning the fledgling company an innovation award at the CES tech shows in 2005.

Sonos chief legal officer Eddie Lazarus said in a statement that the features affected by the US ruling included "the set up for controlling home audio systems, the synchronisation of multiple speakers, the independent volume control of different speakers, and the stereo pairing of speakers".

"There is a possibility that Google will be able to degrade or eliminate product features in a way that circumvents the importation ban," he said - something he argued would "sacrifice consumer experience" while still infringing patents and racking up damages.

"Alternatively, Google can - as other companies have already done - pay a fair royalty for the technologies it has misappropriated," he said.

However, Google pointed to tweaked designs it had put forward during the legal battle which avoided using Sonos' patents, and said the trade commission had not taken issue with the new system.

Nevertheless, the Google Nest smart home team has published a notice that users "will need to adjust each speaker individually" rather than all at once, and will "no longer be able to change your speaker group volume using your phone's physical volume button".

A small number of users may also need to use a special app to complete set-up.

"While we disagree with today's decision, we appreciate that the International Trade Commission has approved our modified designs and we do not expect any impact to our ability to import or sell our products," a Google spokesperson said.

The trade commission ruling has a 60-day grace period before the import ban, while the ruling is subject to presidential review. Google's statement that it does not expect any disruption may suggest that its workarounds will be ready by then.

Sonos and Google have been embroiled in a series of long-running battles and have come to blows over the implementation of smart assistants - such as Google Assistant - in Sonos' tech.

There are currently a number of other active lawsuits between the two.