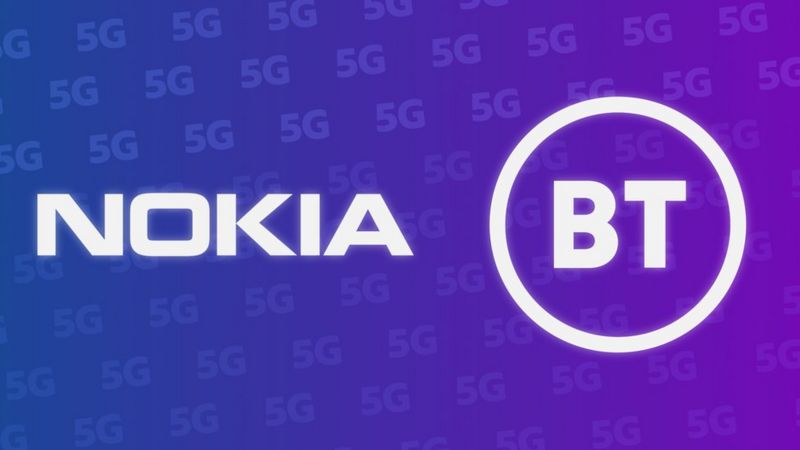 Nokia is set to become a major beneficiary of Huawei being blocked from the UK's 5G networks.

The Finnish telecoms firm has struck a deal to become the largest equipment provider to BT.

The UK government announced in July that all the UK's mobile providers were being banned from buying new Huawei 5G equipment after 31 December, and must also remove all the Chinese firm's 5G kit from their networks by 2027.

The decision, which was taken on national security grounds, effectively ended a strong relationship between BT and Huawei that dated back to 2005.

Earlier this year, BT said Nokia's equipment was used at about a third of its 4G sites, which were being upgraded to 5G, while Huawei's kit was used at the remaining ones.

At present, Nokia's kit provides coverage to EE customers across parts of London, the Midlands and various rural locations.

The latest deal will extend BT's use of its telecoms infrastructure products to further cities and towns including Aberdeen, Cambridge, Dundee, Exeter, Southampton and York.

Reuters reported that it covered about 11,600 sites.

"It was inevitable that some of Huawei's equipment was going to be replaced because of the government's decision," commented John Delaney, a telecoms analyst at IDC.

"The big change here is that BT wasn't planning to use Nokia's equipment in many densely populated areas, and now they are. But apart from that it's not a major departure from their earlier plans."

It is expected that BT will soon strike a deal to buy kit from a second vendor to avoid becoming solely dependent on Nokia once Huawei's kit is banned outright.

"With this next stage of our successful relationship with Nokia, we will continue to lead the rollout of fixed and mobile networks to deliver stand-out experiences for customers," said BT's chief executive Philip Jansen in a statement.

A spokesman for Huawei claimed that reducing the number of infrastructure equipment providers risked "delaying the 5G roll-out and undermining diversity of supply so essential to network security".

BT had previously picked another Nordic telecoms kit provider - Ericsson - to replace Huawei's equipment in its "core" - the most sensitive parts of its network that route data and voice calls across computer servers to get them to the right destination.

Ericsson is the favourite to be named as BT's second radio access network kit supplier, but it is still likely to lag Nokia in terms of the number of 5G masts and base stations it would provide..

Nokia's deal with BT also says the two will work together to develop an "OpenRan ecosystem". This refers to a plan to eventually standardise the hardware used in radio access networks so that one supplier can be switched for another via software alone, avoiding the need to rip out one firm's customised equipment and replace it with another's.

Vodafone is already testing such technology in Powys, Wales.