Swedes are getting implants in their hands to replace cash, credit cards 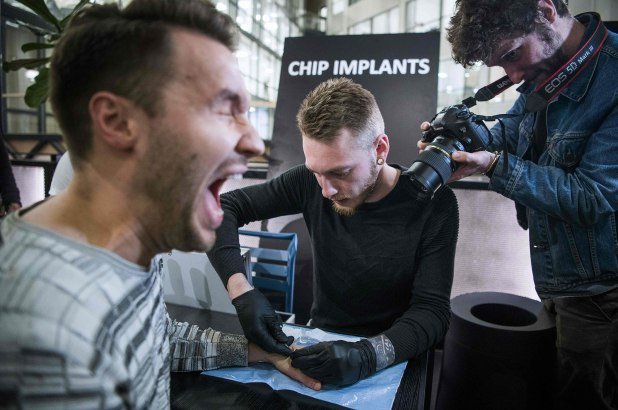 Thousands of people in Sweden are having futuristic microchips implanted into their skin to carry out everyday activities and replace credit cards and cash.

More than 4,000 people have already had the sci-fi-ish chips, about the size of a grain of rice, inserted into their hands â€” with the pioneers predicting millions will soon join them as they hope to take it global.

READ ALSO:Â  Check out why you should never borrow someone's charging cable

Like glorified smartwatches, the chips help Swedes monitor their health and even replace keycards to allow them to enter offices and buildings.

They have particularly caught on, however, by enabling owners to pay in stores with a simple swipe of the hand, a big deal in a forward-looking country that is moving toward eliminating cash.

The microchips were pioneered by former body piercer Jowan Ã–sterlund, who calls the technology a â€œmoonshotâ€ â€” and who told Fortune magazine that heâ€™s been hit up by hopeful investors â€œon every continent except Antarctica.â€

â€œTech will move into the body,â€ the Biohax International founder told the mag. â€œI am sure of that.â€

Ã–sterlund insists the technology is safe â€” but that has not stopped alarm bells from ringing, with some fearing a link to a doubling in cybercrime in the country over the last decade.

Libberton, a British scientist based in Sweden, praised the â€œdefinitely excitingâ€ potential health benefits of accurate health metrics taken from inside the body.

But he also fears the mass of highly personalized data and how it could be used.

â€œThe problem is, who owns this data?â€ he asked. â€œDo I get a letter from my insurance company saying premiums are going up before I know Iâ€™m ill? If I use the chip to buy lunch, go to the gym and go to work, will someone have all of this info about me? Is this stored and is it safe?â€

Libberton added, â€œItâ€™s not just about the chip, but integration with other systems and data sharing.â€

And he fears Swedes are not giving enough thought to the potential dangers.

â€œPeople have shown theyâ€™re happy to give up privacy for convenience,â€ he said. â€œThe chip is very convenient, so could we accept our data being shared very widely before we know the risks?â€

The trend coincides with Swedenâ€™s march toward going cashless, with notes and coins making up just 1 percent of Swedenâ€™s economy. At the same time, the country has seen a dramatic decrease in some crimes â€” with just two bank robberies last year compared to 110 in 2008.