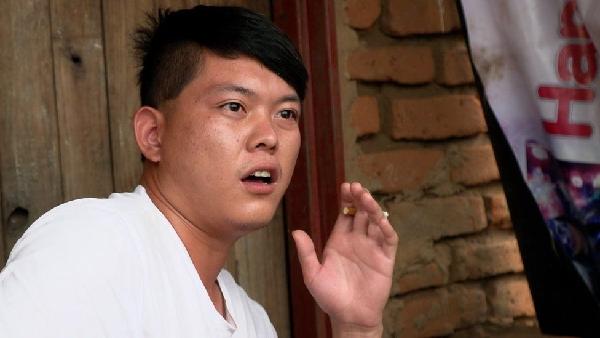 A Chinese filmmaker wanted by Malawi as part of an investigation into allegations of racism and child exploitation has been arrested.

Lu Ke was a Malawi resident when he was exposed by BBC Africa Eye, which reported he had used local children to film personalised greetings videos, some of which included racist content.

These videos can be bought for up to $70 (£55) on Chinese social media and internet platforms.

He said he made his videos in order to spread Chinese culture to the local community.

In one of the videos seen by the BBC, a group of young children is made to chant - in Chinese - "I'm a black monster. My IQ is low", clearly unaware of what they are saying.

While being secretly filmed by an undercover journalist posing as a potential buyer, Lu Ke admitted and then immediately denied having made the video.

Malawian police last week launched an investigation but were unable to arrest the Chinese filmmaker as he could not be found.

Department of Immigration and Citizenship Services spokesman Pasqually Zulu confirmed that Lu Ke was arrested in neighbouring Zambia, in the eastern town of Chipata.

Mr Zulu said the two countries were now liaising to have the Chinese national sent to Malawi for the authorities to continue their investigation.

He said his country was against discrimination.

"China has been cracking down on those unlawful online acts in the past yrs," he tweeted. "We'll continue to crack down on such racial discrimination videos in the future."