Biden: 'We're on track to win this election' 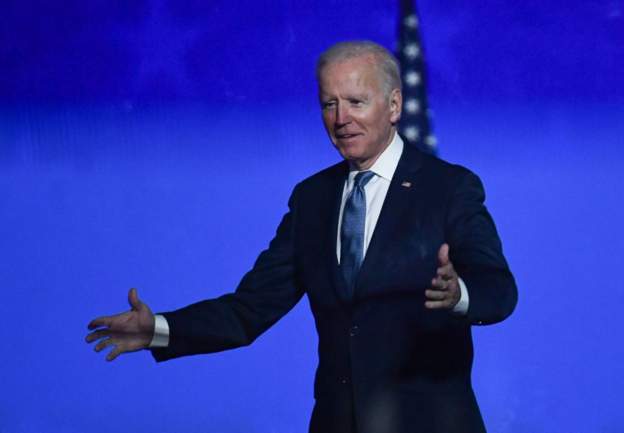 "We knew this was going to go long, but who knew we would go into maybe tomorrow morning, maybe even longer!" Biden says, speaking now from Delaware.

"But we feel good about where we are. I'm here to tell you tonight we believe we're on track to win this election."

He adds: "It ain't over until every vote, every ballot is counted."

Former Trump campaign adviser Bryan Lanza has told the BBC that the election is clearly going to be closer than many people expected.

Although the 2000 election was decided by one state - Florida - it might be decided by five states in this election, he said. "At the end of the day, we are seeing a much closer election than what the pundits and what the pollsters said we were going to have, and we shouldn't be surprised by that," Lanza added.

"It's a testament to the Trump campaign, putting away all the noise and focusing on what they knew they had to do to win."