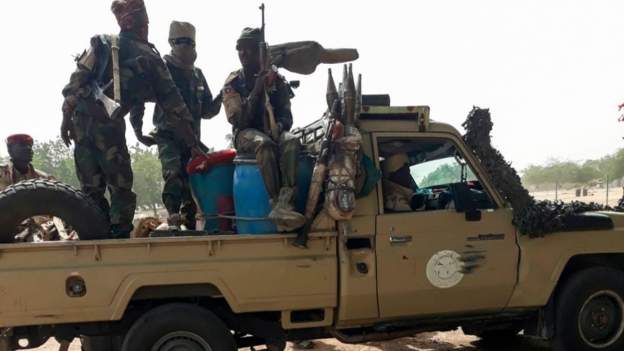 Chadian soldiers have been fighting Boko Haram insurgency since 2015
Shares

The president of Chad says 92 soldiers have been killed in an attack by Boko Haram militants.

President Idriss Deby said the attack early on Monday was the deadliest yet in the five-year campaign by the Islamists.

He has been visiting the site in western Chad, close to the borders with Niger and Nigeria.

Dozens of Chadian troops have been killed since the Boko Haram insurgency spread across the border from Nigeria in 2015 and more than 1,000 people have been displaced by fighting.

On Tuesday, Nigeria said its 47 soldiers were killed in an ambush by Boko Haram militants in the city of Maiduguri in north-east.

The insurgents attacked a convoy which had left the city with a supply of bombs and other ammunition.