Brunei to punish gay sex and adultery with death by stoning 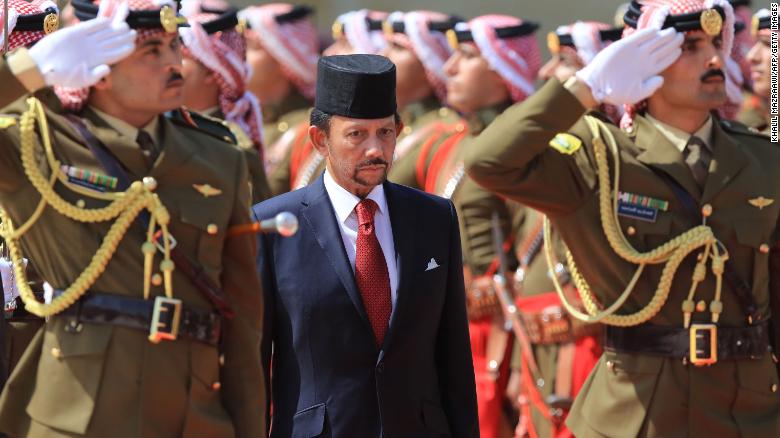 A new law which comes into effect from next week will punish homosexual sex and adultery with death in the small southeast Asian kingdom of Brunei.

Beginning on April 3, any individuals found guilty of the offenses will be stoned to death, according to a new penal code. The punishment will be "witnessed by a group of Muslims."

The country's strict new laws were announced in 2014, and have been rolled out gradually. The latest phase of implementation, including the brutal new provisions, was quietly announced on the Brunei attorney general's website on December 29, 2018.

Human rights groups were quick to express horror at the penal code, which will also order amputation as a punishment for theft.

"Brunei must immediately halt its plans to implement these vicious punishments and revise its Penal Code in compliance with its human rights obligations. The international community must urgently condemn Brunei's move to put these cruel penalties into practice," Rachel Chhoa-Howard, Brunei Researcher at Amnesty International, said in a statement.

There was a broad international outcry when Brunei became the first country in the region to adopt sharia law in 2014, an Islamic legal system which outlines strict corporal punishments.

The tiny, oil-rich kingdom of just over 450,000 people is located on the island of Borneo, close to moderate Islamic nations of Indonesia and Malaysia.

In comparison to its neighbors, Brunei has grown conservative in recent years, including banning the sale of alcohol.

The new penal code was announced in May 2014, by the Sultan of Brunei, Hassanal Bolkiah, who also acts as the country's prime minister. In announcing the change, government's website quoted the Sultan saying that his government "does not expect other people to accept and agree with it, but that it would suffice if they just respect the nation in the same way that it also respects them."