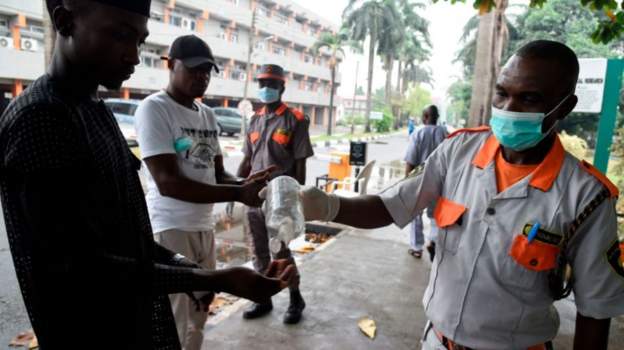 Authorities say they have launched a public awareness campaign
Shares

Some 43 people, including four Chinese nationals, have been quarantined in Nigeria's northern Plateau state as a precaution to contain the possible spread of coronavirus.

The country confirmed its first coronavirus case last Friday. The patient is an Italian citizen who works in Nigeria and flew into the commercial capital of Lagos from Milan.

Authorities say they have reached about 100 people who may have come into contact with him. Of that number, 58 are under supervised self-isolation in Lagos and Ogun states, according to authorities.

Plateau state Commissioner of Information Dan Manjang told the BBC that the isolated group will be observed for 14 days.

Mr Manjang said the four Chinese nationals are quarantined within the premises where they live near the city of Jos. They arrived in Nigeria from China last week as part of a mining team.

Another 39 Nigerians who were in contact with the four Chinese nationals have also been quarantined.

Earlier on Monday, Nigeria's Minister of Health Osagie Ehanire said the government has tightened surveillance at the various points of entry into the country.