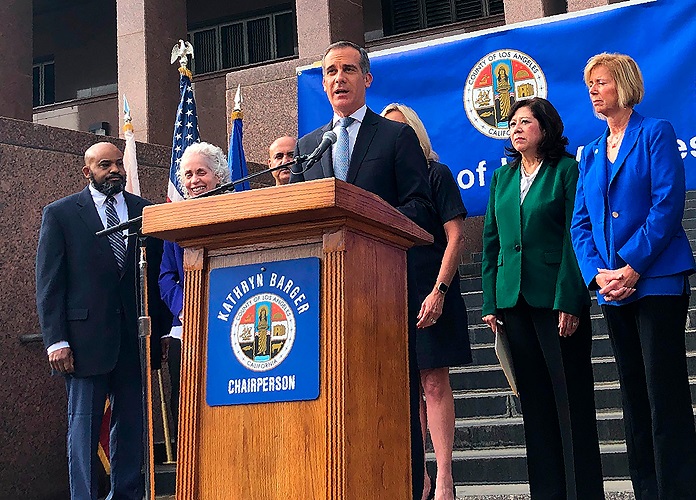 California has declared a state of emergency after announcing its first coronavirusSome 62 passengers were on both the Mexico and the Hawaii trips.

Â They have been restricted to their rooms for testing.

The Grand Princess itself is being held off the coast of California, and state Governor Gavin Newsom said 11 passengers and 10 crew members are potentially infected.

The ship is operated by Carnival, whose Diamond Princess cruise ship was quarantined last month after dozens of passengers tested positive for Covid-19 as it docked in Japan. death, bringing the US death toll from the disease to 11.

The 71-year-old man, who died in a hospital near Sacramento, had underlying health conditions and had been on a cruise ship, said officials.

The White House moved on Wednesday to expand testing nationwide for the disease.

There are now at least 150 reported US patients with Covid-19 in 16 states.

Worldwide, authorities have confirmed more than 92,000 cases of the virus, of which more than 80,000 are in China. More than 3,000 people have died globally, the vast majority in China. Ten of the 11 US deaths were in Washington state, but the outbreak has also flared up in Texas and Nebraska.

Meanwhile, Washington and Florida both declared states of emergency over the weekend to help prevent the coronavirus.

It's believed that the deceased California man became infected aboard the Grand Princess, a cruise ship which made a round trip from San Francisco to Mexico last month.

After the ship docked in San Francisco on 21 February, thousands more passengers boarded and thousands disembarked. The vessel then began a round-trip to Hawaii.