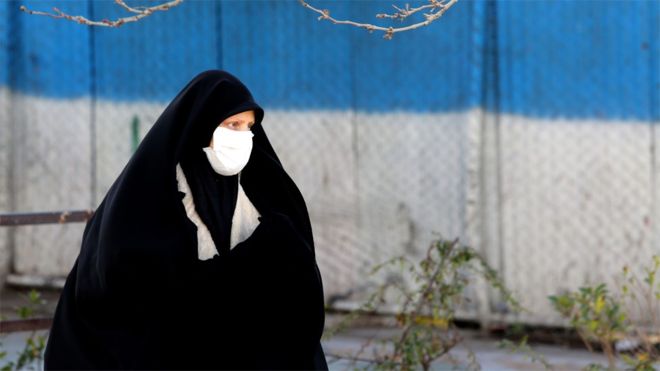 Iran has temporarily released more than 54,000 prisoners in an effort to combat the spread of the new coronavirus disease in crowded jails.

Judiciary spokesman Gholamhossein Esmaili told reporters that the inmates were granted furlough after testing negative for Covid-19 and posting bail.

"Security prisoners" sentenced to more than five years will not be let out.

The jailed British-Iranian charity worker Nazanin Zaghari-Ratcliffe may be freed soon, according to a British MP.

Tulip Siddiq cited the Iranian ambassador to the UK as saying that Ms Zaghari-Ratcliffe "may be released on furlough today or tomorrow".

Her husband said on Saturday that he believed she had contracted Covid-19 and that the prison authorities were refusing to test her.

READ ALSO:Coronavirus : US in emergency rate cut as coronavirus spreads

But Mr Esmaili insisted on Monday that Ms Zaghari-Ratcliffe had subsequently been in contact with her family and "told them about her good health".Iran's Covid-19 outbreak has killed at least 77 people in less than two weeks.

On Tuesday, the number of confirmed cases rose by 50% for the second day in a row. It now stands at 2,336, although the real figure is believed to far higher.

A number of senior Iranian officials have contracted the virus. Among the latest is the head of the emergency medical services, Pirhossein Kolivand.