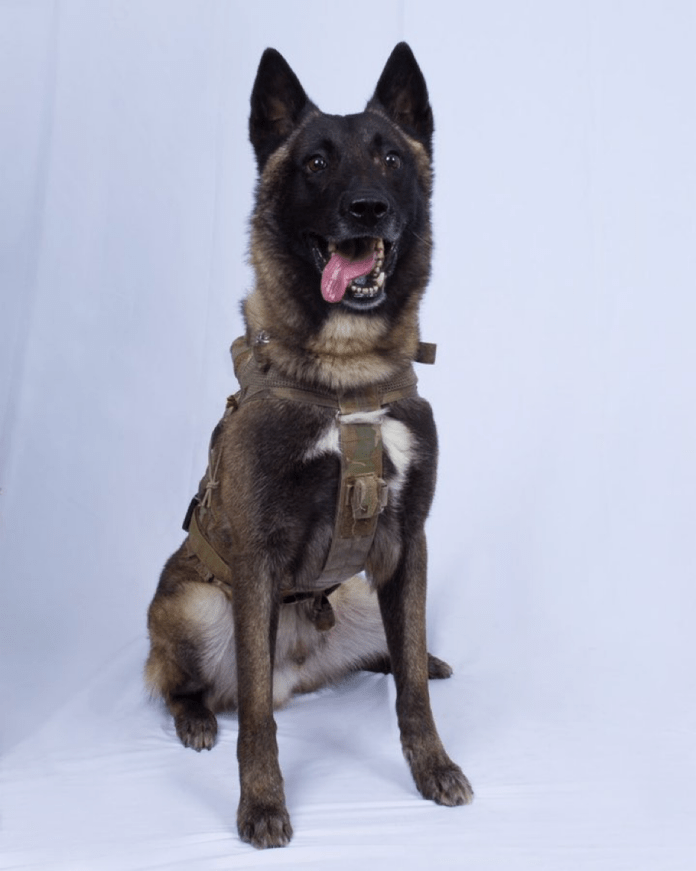 US President Donald Trump has tweeted a photograph of the dog that captured and killed the Leader of ISIS, Abu Bakr al-Baghdadi.

“We have declassified a picture of the wonderful dog (name not declassified) that did such a GREAT JOB in capturing and killing the Leader of ISIS, Abu Bakr al-Baghdadi!” Donald Trump. 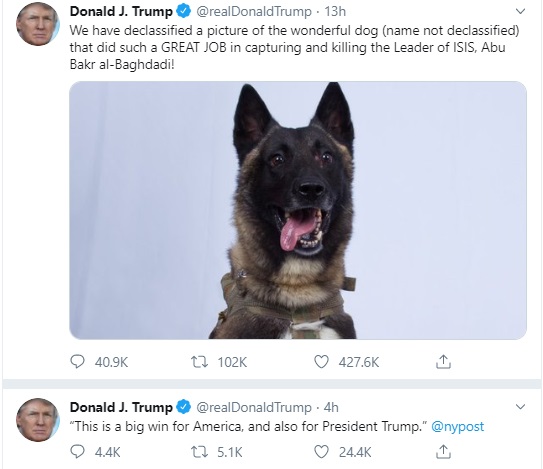 A raid conducted by the US military in northwest Syria on Saturday night, killed Abu Bakr al-Baghdadi, the elusive and highly secretive leader of ISIS. 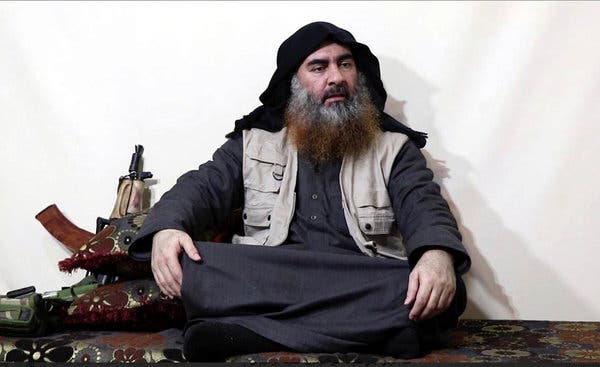 A frame from an April video posted on a militant web site shows Abu Bakr al-Baghdadi, leader of the Islamic State. A day after an American raid killed him, a separate attack was reported to have killed the man considered a likely successor. Credit: Al-Furqan media, via Associated Press

The World’s most wanted man oversaw the militant group’s transformed from ragtag insurgency to a global terror network that attracted tens of thousands of fighters to its so-called “caliphate” in Iraq and Syria.

According to Mr. Trump, his death is a big win for him and also for America.