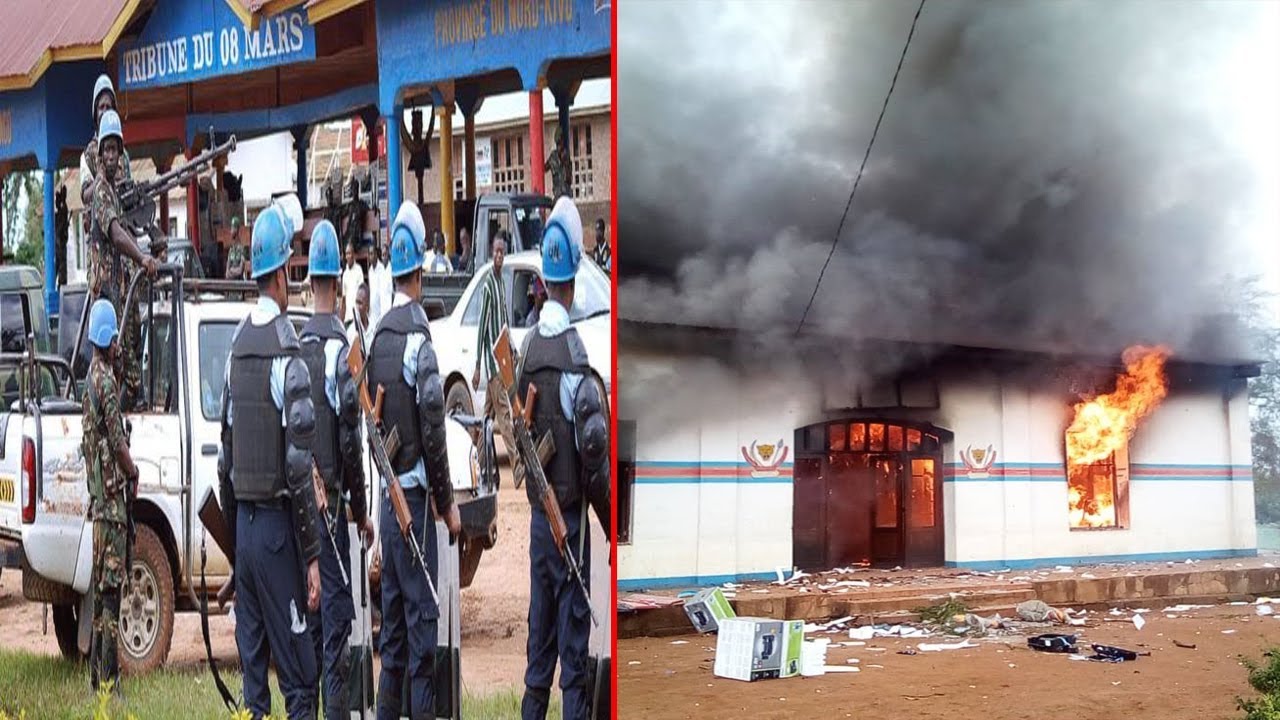 Protesters have torched a UN military base and the town hall in Beni in the eastern Democratic Republic of Congo.

The protesters were furious that UN and government troops had failed to prevent an attack by an Islamist militia.

The Allied Democratic Forces (ADF) had killed eight people during a raid on the town on Sunday night.

The UN has an 18,000-strong force in DR Congo, but its troops and those of the government have battled to curb instability in the mostly lawless east.

The ADF is one of many militia groups operating in eastern DR Congo, a mineral-rich area which borders Uganda and Rwanda.

The militia, formed by Ugandan rebels, has been accused of widespread atrocities in the region.

On Monday, an angry crowd marched to the camp of the UN force, known by the acronym Monusco, to protest against the latest attack.

"Residents are demanding the withdrawal of Monusco from Beni because of the inaction of UN forces," he added.

The protesters had earlier stormed the town hall, and had set ablaze the mayor's office, police said in a tweet in French.

DR Congo President Felix Tshisekedi has responded to the protest by promising that UN and government troops would carry out joint operations to protect civilians in Beni, AFP news agency reports.

The town, with a population of more than 200,000, has also been at the epicentre of an Ebola outbreak.

More than 2,000 people have died in the epidemic - the second most deadly anywhere in the world - and health services have been disrupted in the city because of the years of instability.