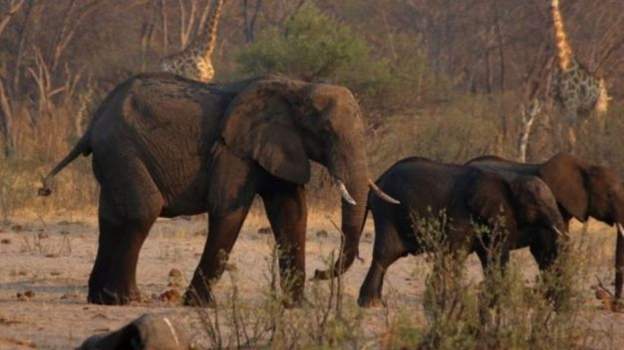 Zimbabwe has flown up to 30 young elephants to a different country, believed to be China.

The sale has been criticised by animal welfare groups, who say that the animals may be traumatised.

But Zimbabwe's National Parks service argues that it needs to earn hard currency to support other wildlife during a devastating drought which has already killed 55 elephants.

It has been a year since the animals were separated from their families.

Tenashi Farawo, spokesman for Zimbabwe's National Parks, said proceeds from the sale of the elephants would be used to dig wells to save other wildlife in Hwangi National Park.