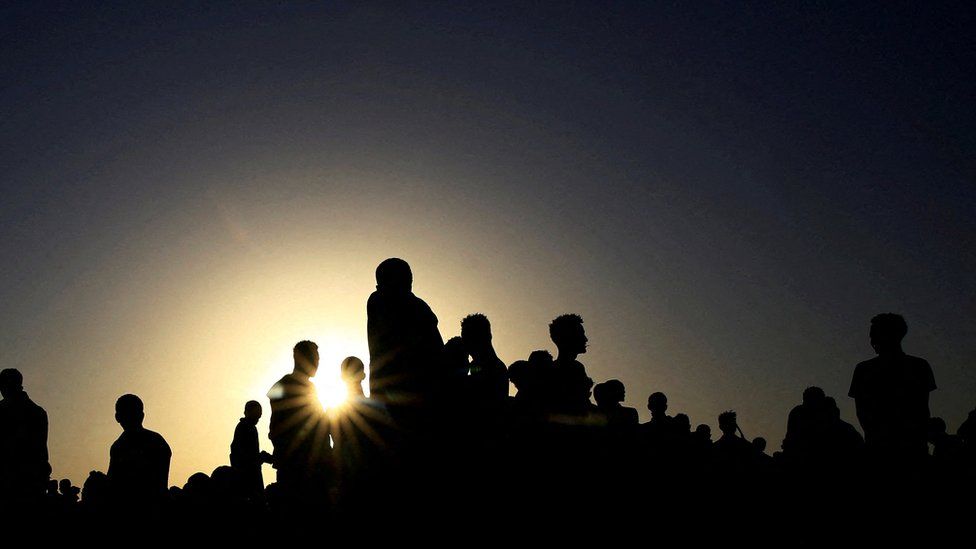 The remains of hundreds of people are being deliberately destroyed in an organised campaign to dispose of evidence of ethnic cleansing in the west of Ethiopia's Tigray region, according to interviews with 15 eyewitnesses.

The allegations follow multiple reports of the targeting of the Tigrayan population during the civil war. They also come in advance of the possible deployment of a UN independent investigation team which will be led by former International Criminal Court prosecutor Fatou Bensouda.

People belonging to security forces from the neighbouring Amhara region, which are occupying western Tigray, have been identified as digging up fresh mass graves, exhuming hundreds of bodies, burning them and then transporting what remains out of the region, the eyewitnesses said in telephone interviews.

The authorities have acknowledged that graves have been dug up but say that they show evidence that Tigrayan forces had been carrying out its own campaign of ethnically motivated killing in recent decades. Researchers from Gondar University have also been uncovering mass grave sites that they have linked to the Tigray People's Liberation Front (TPLF).

All sides in the on-going civil war have been accused of carrying out mass killings.

But in a recent report, rights groups Amnesty International and Human Rights Watch accused Amhara officials and security forces of being behind a campaign of ethnic cleansing against Tigrayans in the area.

The fighting, which began in November 2020, followed a dispute between Prime Minister Abiy Ahmed's federal government and the TPLF, Tigray's dominant political party.

Last December, the UN human rights council passed a resolution to establish an independent investigation into atrocities committed by all warring parties in the conflict.

Remains burned
Eyewitnesses have said that three days after the funding was approved, the campaign to destroy evidence of atrocities was launched in western Tigray.

"In the plot of land behind Hamele Hamushte school in Humera town, 200 bodies of ethnic Tigrayan civilians were buried in two mass graves. These were civilians massacred in the early months of the war," said an eyewitness from the Welkyat ethinc group who lives in Humera.

Whereas Tigrayans either fled the area during the fighting or are in detention, members of the Welkyat ethnic group remained and have provided the eyewitness reports.

"On 4 April, the Amhara militias and the Fano [militia] youth group exhumed the remains. They gathered wood, sprayed something we never saw before and burned the remains they collected. The remains crumbled and turned into ash."

This testimony was consistent with what other eyewitnesses said about the same incident .

Amhara militia and Fano youth destroyed the remains of bodies buried in another part of Humera, witnesses have said.

"The bodies belonged to civilians who were paraded from detention camps. There were around 100 bodies buried en masse behind the land of the public office of the Humera Agricultural Institute," said another witness.

"They took the remains to the compound of the institute and turned them into ash using wood, fire, and chemicals that we don't know. As they were doing that their faces were covered by masks and they wore gloves."

Adebay is another town in western Tigray where eyewitnesses have described the disposal of evidence by moving human remains.

"On the morning of 10 April, the Amhara militias dug up the four mass graves in the St Abune Argawi church," a resident of Adebay said.

"There were 150 bodies of civilians killed in the August wave of ethnic cleansing. They loaded the bodies into a lorry. We don't know where they took the remains."

Eyewitnesses said that on the same day another mass grave located behind the local government administrative office of Adebay was dug up. Thirty-nine civilians had allegedly been buried there in October 2021 after being rounded up in the town of Adi Goshu and then caught trying to flee.

According to the testimonies the remains were loaded onto a lorry and moved to an unknown place.

In another town, Beaker, which is located between Tirkan and Rawyan, other eyewitnesses described similar activity.

"The bodies belonged to 70 civilians who had been arrested in Beaker. They were massacred nine months ago," a resident said.

"On 11 April the Amhara militia exhumed them and took them to Sanja, a town in the Amhara region."

Witnesses said the campaign of the disposal of evidence started on 4 April and was supervised by experts from Gondar University, which is in Amhara region.

"It all started following the visit of experts from Gondar University. When they came, they came with trucks that were loaded with chemicals in white jerry cans. The experts were in the town for a few days giving training to the Amhara militia on how to dispose of the remains and then they returned," an eyewitness said.

Three residents said that militia members had been publicly talking about the involvement of Gondar University and showing off about how the evidence of the killings would not be discovered.

The university has not responded to a request for comment on the allegations.

But last month, the state broadcaster reported that researchers from Gondar University had been working on 12 mass grave sites in the area and had found evidence that the TPLF had been involved in acts of genocide.

Experts have confirmed that it is possible to dispose of human remains using certain chemicals.

Andrea Sella, professor of inorganic chemistry at University College London, said cremation was possible as long as a high enough temperature was reached.

Gebrekidan Gebresilassie, a doctor in chemical engineering at the RWTH Aachen University in Germany, also said it was possible to destroy forensic evidence with the help of chemicals that are readily available.

"These chemicals destroy the forensic evidence... But from a chemical point of view even the ashes can show some evidence. It is difficult to destroy it all," he said.

The prime minister's office has not responded to a request for comment, however a senior Amhara official and the speaker of the federal parliament, Agegnehu Teshager, denied the accusations that evidence was being systematically destroyed.

He did say that exhumations were going on but that the bodies that were being removed were those of ethnic Amharas who had been killed over the past 40 years.

"It was not possible to exhume the mass graves and show it to the world until these days because the TPLF was ruling the country," he said. The TPLF had been the dominant party in the coalition that governed Ethiopia from the 1990s until 2018, when Mr Abiy came to power.

Mr Agegnehu also rejected the reports of ethnic cleansing in western Tigray including those from Amnesty and Human Rights Watch. He described them as a lie.

"They are sensational reports which do not take into account the reality on the ground," he said.