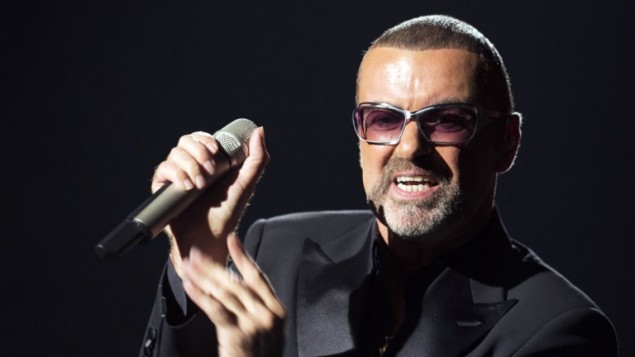 Tributes have poured in from across the world for singer George Michael, who has died at his home at the age of 53.

Former Wham! bandmate Andrew Ridgeley said he was "heartbroken at the loss of my beloved friend", while Sir Elton John mourned a "brilliant artist".
His former long-term partner Kenny Goss paid tribute to an "extremely kind and generous man", saying he "loved him very, very much".
Michael's publicist said he had died peacefully at his Oxfordshire home.
His manager, Michael Lippman, said the singer had died of heart failure.

The star had "passed away peacefully" on Christmas Day in Goring-on-Thames, Oxfordshire, Michael's publicist said in a statement.
"It is with great sadness that we can confirm our beloved son, brother and friend George passed away peacefully at home over the Christmas period," the statement said.
"The family would ask that their privacy be respected at this difficult and emotional time."
Michael's partner, Fadi Fawaz, tweeted on Monday that he would "never forget" this Christmas, having found the pop star dead "peacefully in bed first thing in the morning". He added: "I will never stop missing you xx".
Michael previously had a long-term relationship with Kenny Goss. The star officially announced in 2011 that the pair had split, although he said that the relationship had ended around two years earlier.
In a statement, Goss said: "I'm heartbroken with the news that my dear friend and long time love George Michael has passed. He was a major part of my life and I loved him very, very much. He was an extremely kind and generous man."

'Deep shock'
Scores of celebrities and fans have taken to social media to pay tribute to the pop star.
Writing on Twitter and referring to Michael by his family nickname of "Yog", Ridgeley said: "Me, his loved ones, his friends, the world of music, the world at large. 4ever loved. A xx"
Paul Young, who performed on the Band Aid hit Do They Know it's Christmas? with Michael, told the BBC his voice "cuts straight through your heart".
On Instagram, Sir Elton John posted a photograph of himself with Michael, writing: "I am in deep shock.
"I have lost a beloved friend - the kindest, most generous soul and a brilliant artist. My heart goes out to his family and all of his fans."

Madonna posted a video on social media of herself presenting Michael with an award in 1989, and wrote: "Another Great Artist leaves us."
Robbie Williams, whose first solo single was a cover of Michael's song Freedom, wrote: "Oh God no …I love you George …Rest In Peace x".
Boy George wrote: "He was so loved and I hope he knew it because the sadness today is beyond words. Devastating.
"What a beautiful voice he had and his music will live on as a testament to his talent. I can't believe he is gone. I hope the Buddha will hold him in his arms."
South Central Ambulance Service were called to Michael's property at 13:42 GMT on Christmas Day. Thames Valley Police also attended and Michael was confirmed dead at the scene.
They added: "At this stage the death is being treated as unexplained but not suspicious. A post-mortem will be undertaken in due course. "
A small heart wreath and a rose are among the tributes left outside the front door of Michael's Goring home, a detached property by the River Thames.