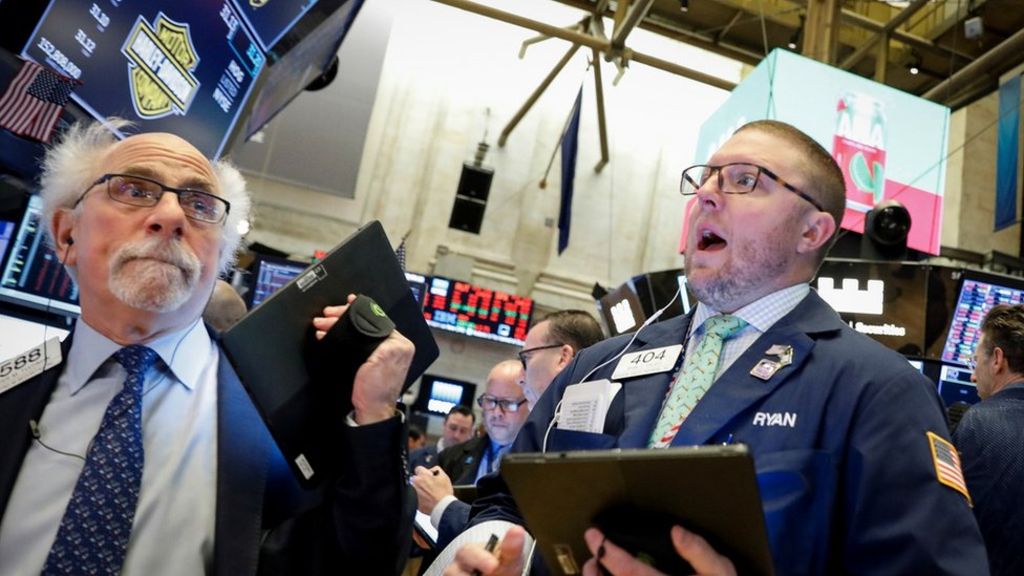 Shares in London have plummeted in early trading, with the FTSE 100 index of shares plunging 8% to its lowest level in three years.

Markets have been rattled by the threat of a price war between oil exporting group Opec and its main ally Russia.

The wobble compounds fears over the effect of coronavirus on the economy. Oil prices are down more than 20% with Brent crude trading at $35.98 a barrel.

"It shows a level of nervousness in the market which I haven't seen in a long time," said Justin Urquhart-Stewart, co-founder of Seven Investment Management.

Investors are selling stocks at such a rate because they cannot quantify what Saudi Arabia and Russia might do, he said.

Many people's initial reaction to "the markets" is that they are not directly affected, because they do not invest money.

Yet there are millions of people with a pension - either private or through work - who will see their savings (in what is known as a defined contribution pension) invested by pension schemes. The value of their savings pot is influenced by the performance of these investments.

Pension savers mostly let experts choose where to invest this money to help it grow. Widespread falls in share prices are likely to be bad news for pension savers.

As much as Â£600bn is held in defined contribution pensions at the moment.

So big rises or falls can affect your pension, but the advice is to remember that pension savings, like any investments, are usually a long-term bet.

The price of oil had already fallen sharply this year as the coronavirus disease began to spread internationally, with demand for fuel expected to decline.

However, it also wanted non-Opec oil producers such as Russia to agree to cuts, and on Friday Russia rejected the plans.

In response, Saudi Arabia has cut its official selling prices for oil and plans to increase production. The move is seen as Saudi Arabia flexing its muscles in the oil market to make Russia fall into line.

Michelle Wiese Bockmann, commodities analyst and editor for Lloyds List, said that the oil market has changed over the last few years and Saudi Arabia is scrambling to maintain its position in the market.

While cuts in production from Venezuela, Iran and Libya should have sent prices up, the US and its massive reserves of shale oil have stepped in at every turn, depressing prices.

"It's already a very volatile situation," she said.

The market has "gone from an issue over economic demand into more of a political game of poker", Mr Urquhart-Stewart said.

Given that Saudi Arabia has some of the lowest costs of production, they can send prices down a long way before having to relent, he added.

China hit
Asian investors also reacted to a slump in Chinese export figures and the shrinking of the Japanese economy.

On Saturday, China released import and export figures for the first two months of the year. Exports fell by 17.2% while imports dropped by 4%. This gave the Chinese economy a trade deficit of $7.1 billion as it struggles with the economic impact of the coronavirus outbreak.

"China may slowly be returning to work, but manufacturers will now likely be facing an international fall in demand, with coronavirus now well-established outside of Chinese shores," said Jeffrey Halley, senior market analyst at broker OANDA.

Japan's economy shrank at a faster rate than initially estimated in the final three months of 2019, according to the latest official figures.

The world's third-largest economy shrank at an annualised pace of 7.1% in the October-to-December quarter, compared with the previous estimate of 6.3%.