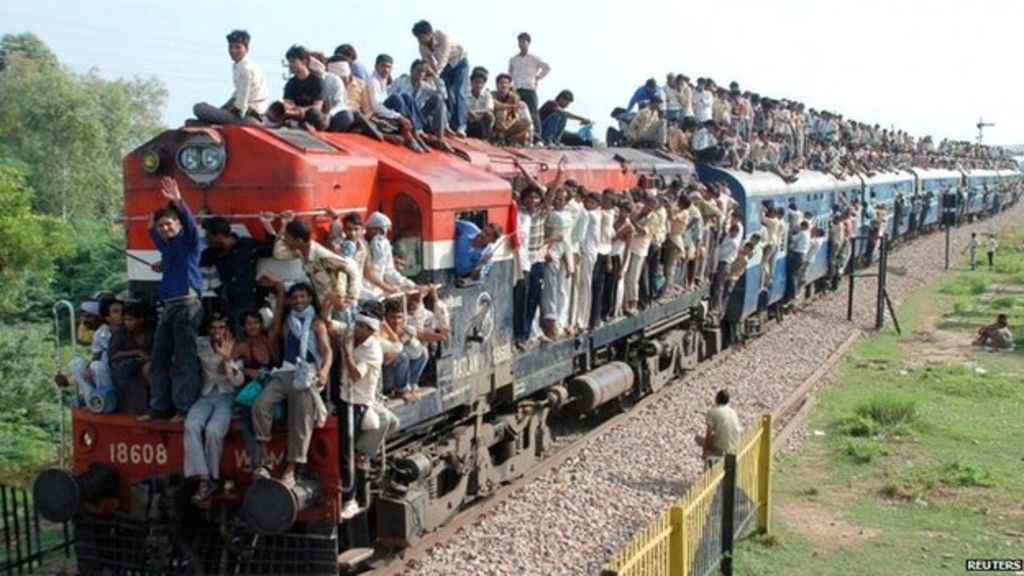 India's railways are hoping to ease the burden on hospitals
Shares

India is preparing for a potential surge in Covid-19 patients by tapping into an unusual resource: itâ€™s trains, which power the worldâ€™s fourth biggest rail network.

The country suspended its passenger trains for the first time after it announced a three-week lockdown on 25 March to contain the coronavirus. As of Wednesday, it had reported 4,643 active cases and 149 deaths, and the numbers are rapidly increasing.

â€œWe, at the railways, thought: how can we contribute?â€ its spokesman, Rajesh Bajpai, told the BBC. â€œSo we came up with this idea and everyone liked it.â€

Work has already begun to convert 5,000 train coaches into quarantine or isolation wards, which amounts to 40,000 beds. And the railway ministry says itâ€™s prepared to convert 15,000 more coaches.

The Indian railways - as the ministry is known - is a behemoth. Largely constructed during British rule, itâ€™s still the mainstay of Indiaâ€™s public transport, and includes some of the worldâ€™s busiest urban rail systems. It transports 23 million passengers a day and its 12,000 trains crisscross 65,000km (40,389 miles) of tracks, connecting the remotest parts of India.

Mr Bajpai says the coaches can be spared as they are mostly trying to convert older ones, and passengers will be fewer than ever in the coming months even if restrictions are eased.

He adds that this is not unusual for the railways, which already runs several â€œspecialâ€ trains, from luxury trains to exhibition trains to a hospital train, complete with operation theatres.

â€œThe coach is a shell and inside, you can provide anything - a drawing room, a dining room, a kitchen, a hospital.â€

And India may well need the extra beds.

States have already turned all sorts of spaces - sports centers, stadiums, wedding venues, hotels, resorts - into quarantine or isolation centres. But officials fear they will run out of space as the country ramps up testing.

For every person who tests positive, there are scores more who need to be traced, quarantined and, if necessary, isolated. But isolation at home is not always an option in Indiaâ€™s joint family households - and especially not in its densely-populated slums.

In Mumbaiâ€™s Dharavi, a sprawling slum, officials sealed off an entire building where 300 people lived after one of its residents tested positive. But the looming concern is, in the event of more such outbreaks, where will they send high-risk or symptomatic patients?

â€œThere are so many options available and this (the coaches) is one of the options,â€ Mr Bajpai says.

He doesnâ€™t foresee them being used until beds in existing quarantine or isolation centres are filled. But, he adds, they will keep them ready with the necessary facilities.

That includes converting one of the two toilets in each coach into a â€œbathing roomâ€, providing oxygen cylinders in every coach, and modifying all the cabins so they can hold medical equipment. And then there are measures that are specific to Covid-19 - such as replacing taps that turn with those that have long handles, and fitting dustbins with foot pedals.

The ministry has also ordered extra coat hooks and mosquito nets for every cabin, and has instructed officials to make sure that charging points are working, the upholstery â€œis in good conditionâ€ and â€œbroken panels are replacedâ€.

The coaches are being readied in 130 different locations across the country, but itâ€™s yet to be decided where they will be stationed.

Mr Bajpai says itâ€™s up to states to decide which stations they want the coaches in. But that in itself is a process because the coaches need regular water and electric supply.

And there are other concerns too. Summer has begun and large parts of India record scorching temperatures, often crossing 40C. And the coaches that are being converted are not air-conditioned.

â€œThe patient will be very uncomfortable. Doctors and nurses will be wearing protective gear, and they will find it very difficult,â€ says Vivek Sahai, a former chairman of the railway board.

He also says not everyone might be comfortable squatting to use Indian-style toilets; and he wonders if all the designated coaches have a proper system of waste management. (Indian coaches are designed to dispose of human waste onto the tracks although new technologies have begun to be adopted in recent years.)

â€œI am not saying it cannot be done but they have to take care of these things,â€ he says. â€œBut if anybody can do it, itâ€™s the railways.â€

However, some experts say that this by itself is not going to help solve India's problems.

â€œYou donâ€™t just need space,â€ says Dr Sumit Sengupta, a pulmonologist. â€œWe need thousands of doctors and nurses if you really have to make a dent.â€

India is severely short of both, and at least three hospitals have been sealed this week alone after members of the staff tested positive.

â€œWhy isolate someone who has symptoms when there is no treatment? Because you donâ€™t want them to spread the infection,â€ Dr Sengupta says.

But, he adds, the virus spreading anyway because so many patients are asymptomatic. He says isolating symptomatic patients will not help unless India starts testing aggressively.

â€œThis will work only as part of a larger strategy,â€ he adds. â€œTest, trace and isolate. Test should come first.â€