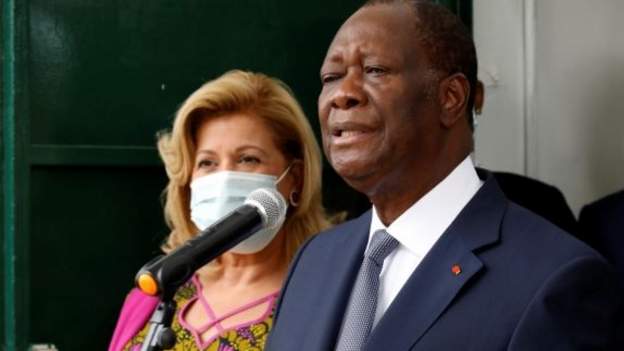 The electoral commission in Ivory Coast says President Alassane Ouattara has won a third term, securing just over 94% of the votes in Saturday's election, that the opposition boycotted.

Turnout was put at almost 54%.

The result has to be confirmed by the Constitutional Council.

On Monday, the Ivorian opposition said it was creating a transitional government.

Mr Ouattara controversially announced he was running again after his party's chosen successor died suddenly in July. The opposition called it an electoral coup.

Some 30 people were killed during campaigning and on election day.