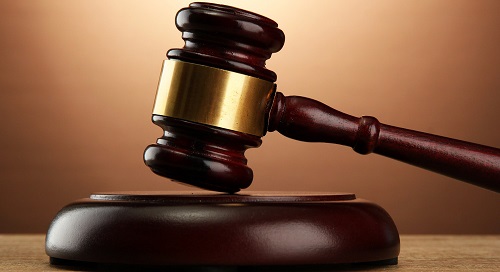 Two Kenyan security guards have been charged in court after a video of President Uhuru Kenyatta and former prime minister Raila Odinga on a night tour of the capital, Nairobi, found its way onto social media.

The two guards, who were employees of a security company guarding a hotel in the city centre, are accused of leaking the video obtained from the hotel surveillance cameras without authorisation.

Patrick Rading Ambogo and Janet Magoma Ayonga denied the charges of illegal interception of computer data and were released on cash bail.

They will return to court on 2 July.

Their lawyer Danstan Omari said the offence does not exist in law and his clients did not intercept any government footage.

Here is the video that was shared online: