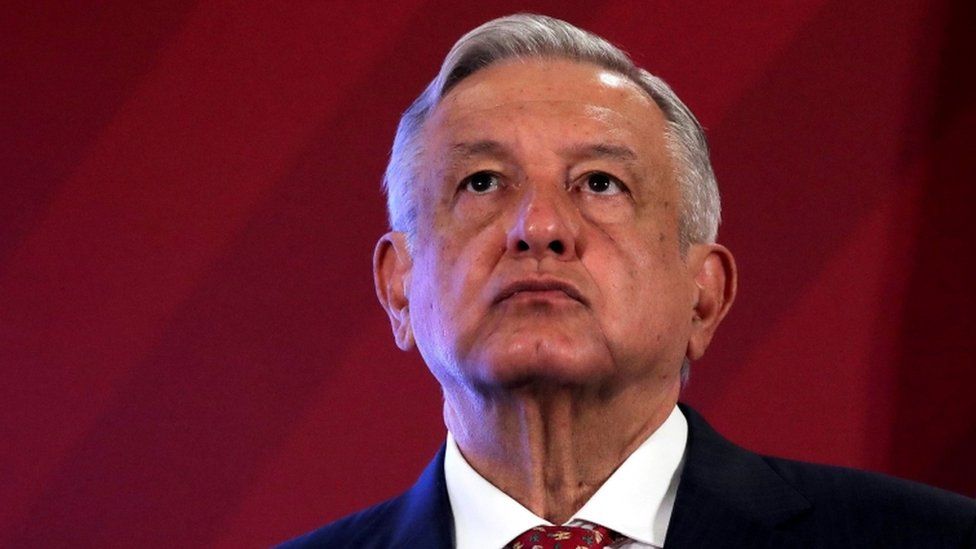 The 67-year-old said on Twitter that his symptoms were mild and that he was "optimistic" following the diagnosis.

The development comes as Mexico grapples with an upsurge in infections, with deaths nearing 150,000.

Mr López Obrador says he will continue working from home, including speaking to President Vladimir Putin about acquiring a Russian-made vaccine.

It was announced earlier on Sunday that a call between the two leaders will take place on Monday to discuss their bilateral relationship and the possible supply of Sputnik V jabs.

The Mexican president said last year he would try and acquire 12 million doses of the Russian-made vaccine if it proved effective.

Mexico has not yet approved the jab for use, but officials want to expand the country's vaccination program for the population of 128 million people amid delivery delays from Pfizer-BioNTech.

Sputnik V has already received authorisation in a number of other countries, including Brazil and Argentina. Hungary became the first in the EU to give it the green light this week.

José Luis Alomia Zegarra, a senior health official, described Mr López Obrador's condition as stable and told a news briefing that "a team of medical specialists" were attending to the president.

Mexico has recorded more than 1.75m virus cases since the pandemic began, according to Johns Hopkins University tracking.

The nation's confirmed death toll of 149,614 is one of the highest in the world - behind only the US, Brazil and India.