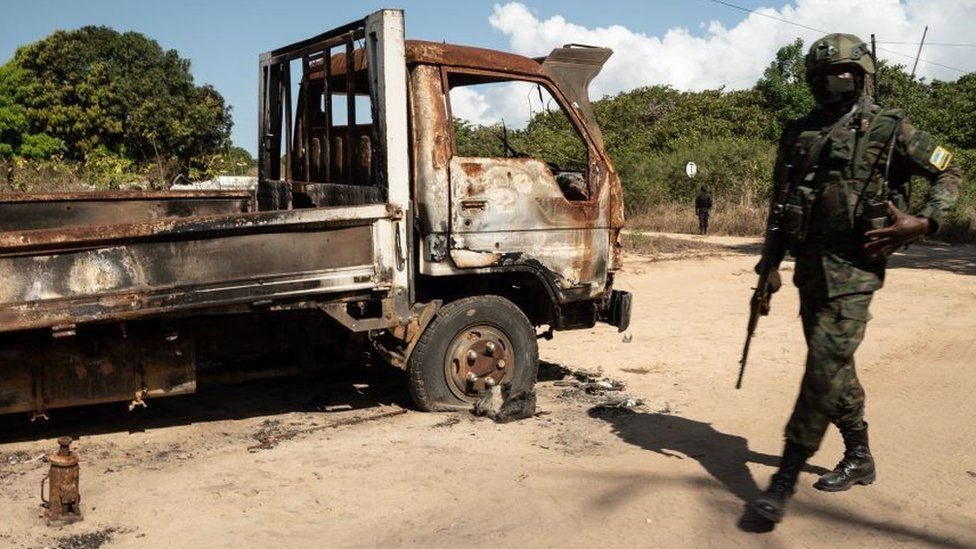 At least 24 countries have sent soldiers to support Mozambique in its fight against insurgents in northern Cabo Delgado province.

The discovery of 7,000 "ghost soldiers" in the ranks of a poorly paid and badly trained army underline why Mozambique needs help.

The Carta de Moçambique daily newspaper discovered many of the salaries of fake soldiers were paid to senior defence officials, and that there are a growing number of children of former officers and politicians who receive salaries without ever having been in military training, let alone setting foot in a military unit.

The big struggles now are political - about money, the causes of the war, who can fight, and if the gas project can resume. 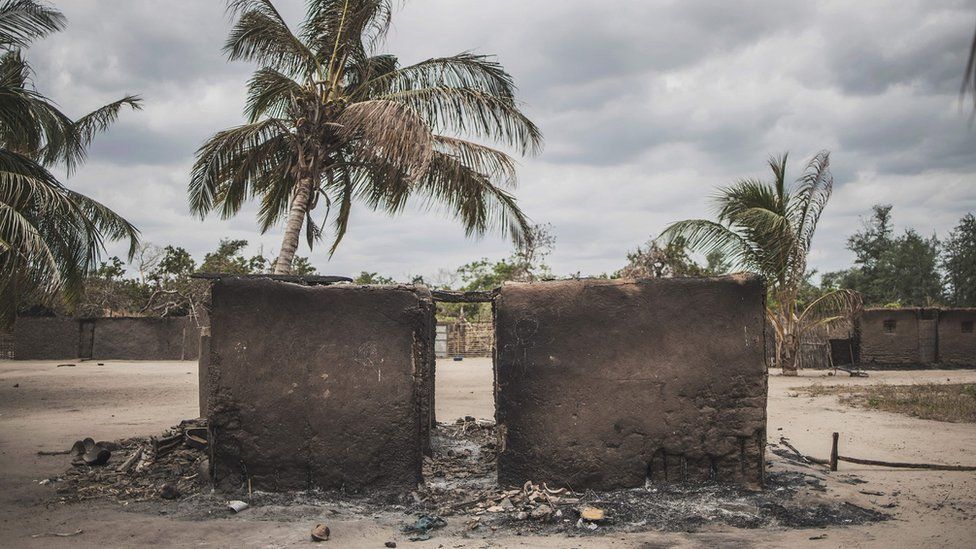 Protests were growing that the profits were all going to an elite in the ruling party, Frelimo, and that few local jobs were being created.

The first struggle is over the roots of the war. President Filipe Nyusi and Frelimo say it is entirely an external aggression and thus not their fault.

The European Union (EU) and the World Bank want to contribute hundreds of millions of dollars to try to stop the war, partly by creating jobs and resolving the grievances, but Frelimo has for six months refused to put an EU-World Bank proposal to the cabinet.

Civil wars always attract outsiders, and there has been some involvement from Islamic State (IS) and jihadists from other wars, as well as finance from some Middle Eastern states.

Most Mozambican researchers say local issues remain dominant. But both the US and IS want this to be seen not as a local civil war, but as a clash between two global powers.

In March 2021, the US labelled the insurgents as Isis-Mozambique and "global terrorists".

This was widely rejected by those researching the war, and the US refused to release its evidence.

US Secretary of State Antony Blinken on 14 July 2021 stressed that the main US interest in Mozambique was "countering Isis".

And on 4 April 2022 the US named Mozambique as one of five countries under the Global Fragility Act, which would involve substantially increased US involvement in Mozambique.

Meanwhile, apparently pleased with the growing publicity for such a small investment, IS began to call the insurgents IS Mozambique.

The fear is that IS and the US seem to be aiming for a proxy war in Mozambique.

This stirs unhappy memories because in the 1980s, before the end of the Cold War, the US waged a proxy war against the then Soviet Union that killed one million Mozambicans.

So Mozambique is trying to keep the US at arm's length. It has been allowed a small military training mission, but no more.

Two other countries have pushed to send in their soldiers - Portugal and South Africa.

Portugal is the former colonial power which was defeated in the 1965-1975 independence war, and has been trying to regain a military presence ever since.

It has sent its troops through a European Union training mission - most soldiers are Portuguese but 10 other countries, including Greece, Spain, and Italy, have also contributed.

South Africa sees itself as the regional power and Mozambique as its back yard.

Rwanda has a professional army heavily involved in peacekeeping operations, and the lead company in the suspended gas project is French, TotalEnergies.

The first 1,000 Rwandan troops arrived on 9 July 2021 and in three weeks cleared insurgents from key areas.

The Sadc Mission in Mozambique (Samim) had been created earlier in 2021 but Mozambique only allowed the first South African troops to arrive on 19 July, after the Rwandans were already in operation.

Most Samim troops are South African but nine other Sadc states have also contributed personnel. They include Angola, Botswana and Zimbabwe.

Samim has been assigned to less important zones far from the gas, and has not proved effective in fighting the insurgents.

President Nyusi visited Uganda in late April and met President Yoweri Museveni, who had received military training from Frelimo in Cabo Delgado in the 1970s when he was waging a guerrilla war against the then-Ugandan government.

Mr Museveni revealed he was already supporting the Mozambican military and suggested sending a troop contingent.

Thus the Rwanda-Uganda-France axis is helping to keep South Africa, Portugal and the US at bay.

Two other struggles continue. The first is that Frelimo and the military want to keep tight control of the war zone, restricting journalists and aid workers.

The government and military want to control the distribution of aid. Special humanitarian visas must be individually approved by the National Disaster Agency, and are restricted to working for a named agency.

TotalEnergies head Patrick Pouyanné told investors on 28 April that there could be no return to Mozambique until the people had returned to Mocimboa da Praia district and were living in peace with a normal life. He said a simple security zone was not acceptable.

But, so far, Mozambican authorities are not allowing displaced people to return to most of Mocimboa da Praia. They say conditions are not suitable yet, and they fear that many displaced people still support the insurgents.

So there is a stand-off. Will the government allow people to return and allow aid agencies in, or are they hoping that TotalEnergies will eventually accept a security zone without population?