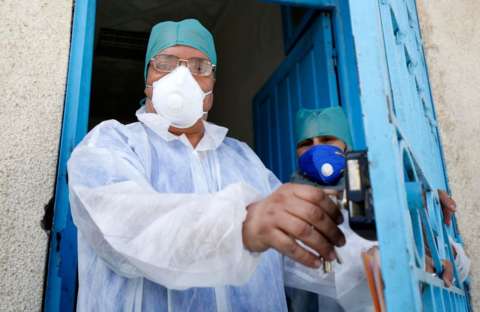 The number of confirmed coronavirus cases in Algeria has jumped to 17 after nine new cases were registered on Wednesday night, meanwhile, Senegal recorded two more cases involving travellers from Europe.

Algeria's health ministry said nine new cases were registered in a family living in the northern Blida district, some 30km (20 miles) from the capital, Algiers.

Reuters news agency reports that the family had last month hosted relations from France who were tested positive for coronavirus after flying back to France.

Senegal's health ministry said two new infections were confirmed on Wednesday, bringing to four the number of patients in the West African country.

One of the patients has been identified as a 33-year-old British woman who arrived in the capital city, Dakar, on 24 February on a flight from London. It is not clear whether she is a resident of Senegal.

The second confirmed case was a 68-year-old woman, a French resident who had arrived on 29 February. Her spouse had tested positive for the virus on Tuesday.

Both new patients are hospitalised and listed in stable condition.

The new cases brings the total number of confirmed cases on the African continent to 26: