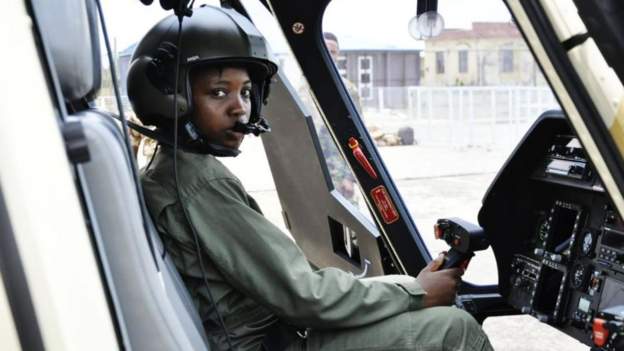 Flying Officer Tolulope Arotile died on Tuesday. The road accident occurred at an air force base in Kaduna state, although the date it happened was not specified.

She was commissioned to the air force in September 2017.

"During her short but impactful stay in the service, late Arotile contributed significantly to the efforts to rid the North Central States of armed bandits and other criminal elements by flying several combat missions under Operation GAMA AIKI in Minna, Niger State," Nigerian Air Force tweeted. 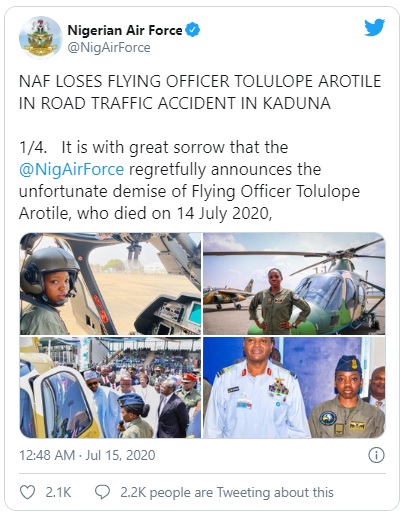