Nigerian senator due in court over organ-harvesting plot 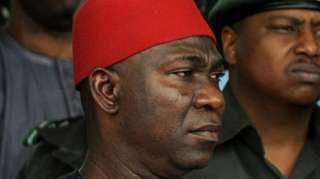 A Nigerian senator will appear in court in London later Thursday, accused of trying to take a child to the UK in order to harvest his organs.

Ike Ekweremadu and his wife Beatrice are charged with offences under legislation to combat modern slavery.

They have been in custody in Britain since last month.

The Metropolitan Police, which arrested the couple, says the alleged victim is 15 years old.

It will be Mr Ekweremadu’s third appearance before the court. He is yet to take a plea.

His arrest and detention along with his wife has triggered a move by the Nigerian parliament to get the country’s High Commission in the UK to hire a lawyer for his defence.