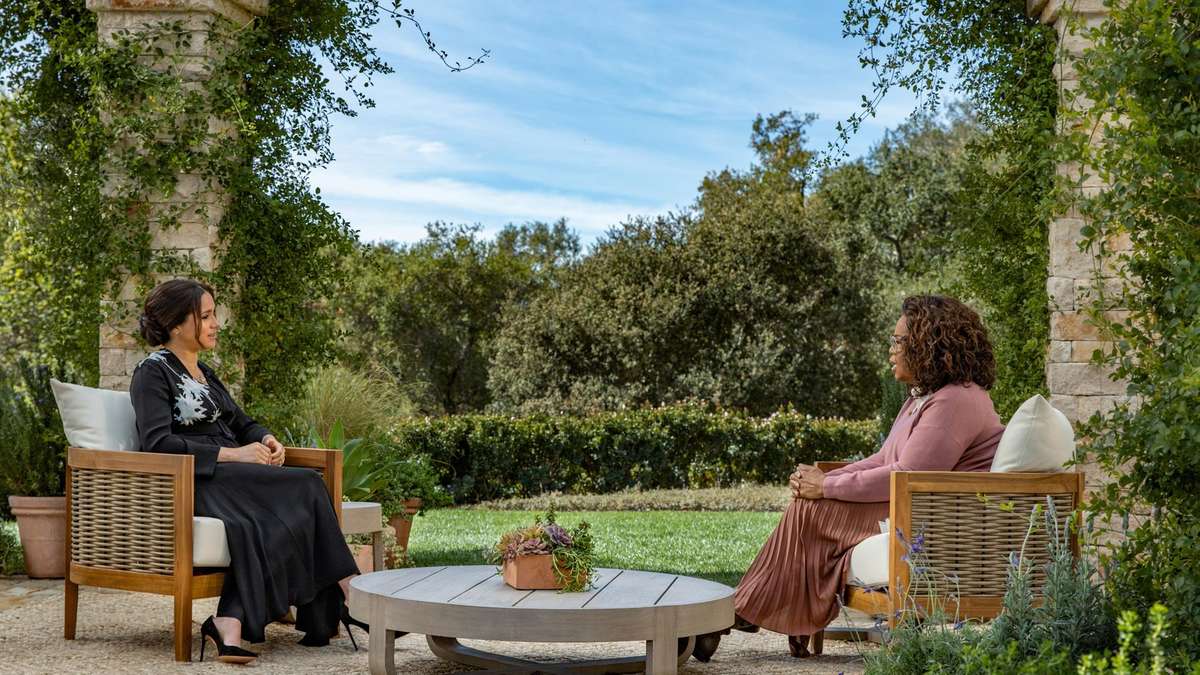 Oprah Winfrey has said Prince Harry clarified that it was not the Queen nor the Duke of Edinburgh who questioned what his son's skin colour would be.

Winfrey told CBS News on Monday the prince "did not tell me who was part of those conversations".

The revelation that a family member wondered "how dark" Archie's complexion might be came during a TV interview that aired overnight in the US.

The Duchess of Sussex had described the remarks as a low point.

"He did not share the identity with me but he wanted to make sure I knew, and if I had an opportunity to share it, that it was not his grandmother or grandfather that were part of those conversations," Winfrey said.

READ ALSO:Â Meghan and Harry interview: I didn't want to be alive any more, duchess says

When asked for further details on Monday, Winfrey said she "tried to get that answer on camera and off" but the prince did not elaborate.

In one, when asked by Winfrey if the couple left the UK because of racism, Prince Harry said that "was a large part of it".

He said he was once told by someone friendly with "a lot of the editors" in the UK that "the UK is very bigoted".

The prince said he responded that "'the UK is not bigoted, the UK press is bigoted, specifically the tabloids'".

He added: "But unfortunately if the source of info is inherently corrupt or racist or biased then that filters out to the rest of society."

In another clip, Winfrey asked Prince Harry if any family members had apologised to him for the reasons he felt he had to leave.

"The feeling is that this was our decision therefore the consequences are on us."